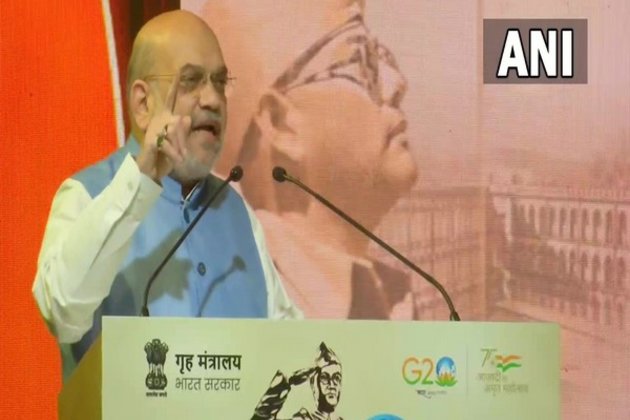 While addressing 'Iconic Events Week' in Port Blair, Shah said, "MHA has organised events at all major locations associated with him to mark the 126th Birth Anniversary of Netaji...He made a huge attempt to free India by establishing the Azad Hind Fauj.""I want to assure the citizens of Andaman and Nicobar islands that PM Modi is working towards making the islands self-reliant," Shah added.

On Monday, Shah arrived at Port Blair Veer Savarkar International Airport of the Andaman and Nicobar Islands to participate in the celebrations of the 126th birth anniversary of Netaji Subhas Chandra Bose.

Shah arrived at the Andaman and Nicobar Islands as a chief guest to culminate the 'Azadi Ka Amrit Mahotsav Iconic Events Week' that was held from January 17 to 23 in Port Blair. On Monday (early hours).

These events were organized in collaboration with the Central Armed Police Forces and Central Police Organisations, the Andaman and Nicobar Islands Administration, and the State Governments of Manipur, Nagaland, Gujarat, Odisha, and West Bengal at locations which are related to Netaji's life and work.

According to an official statement from the Home Ministry dated January 16, an array of activities celebrating Netaji's immense contribution to India's freedom struggle were planned to be held throughout the week at Mantripukhri, Keithalmanbi, Kangvai, Moirang, and Nambol in Manipur on January 17; Ruzazho and Chesezu Villages, Kohima in Nagaland on January 18; Gujarat's Haripura, Bardoli, and Surat on January 19; Odisha's Cuttack on January 20 and in West Bengal on January 21.

The Ministry of Home Affairs' Iconic Events Week is an ode to the life and contributions of Netaji Subhas Chandra Bose in India's struggle for freedom. It is a remembrance of his high ideals and a moment for all the country to draw inspiration from the lives of our freedom fighters.

The day, January 23 is also marked as Parakram Diwas to commemorate the birth anniversary of Netaji Subhas Chandra Bose. Prime Minister Narendra Modi will be participating in an event via video conferencing to name the 21 largest unnamed islands of Andaman and Nicobar Islands after 21 Param Vir Chakra awardees.

"Tomorrow, on the day of bravery, there will be a special program in honour of the heroic children of Mother India. Will be a part of it through video conferencing at 11 am. During this, 21 largest unnamed islands of Andaman-Nicobar will be named after 21 Param Vir Chakra winners," PM Modi said in a tweet on Sunday.

The PMO further informed that PM Modi will also unveil the model of the National Memorial dedicated to Netaji to be built on Netaji Subhas Chandra Bose Dweep.

Subhash Chandra Bose established the Azad Hind Fauj. While there is a controversy over Bose's death in a plane crash in Taipei on August 18, 1945, the Central government had in an RTI (Right to Information) in 2017 confirmed that he had died in the incident.

Last year, on the occasion of Netaji's 125th birth anniversary, PM Modi unveiled the hologram statue of the freedom fighter at India Gate in Delhi. (ANI)