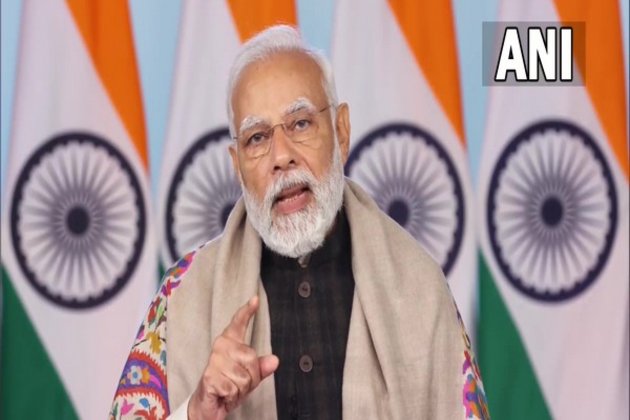 Addressing a virtual program today, Prime Minister Modi highlighted the potential of Andamans and said that the country has made continuous efforts for the past eight years in this effort.

"'India First' was the only resolution for all 21 Paramveers; today in the naming of these islands, their resolution has become immortal forever. The potential of Andamans is huge. In the past eight years, the country has made continuous efforts in this direction," PM Modi said.

He also underlined that for decades the potential of the Indian islands was not recognised and no action was taken by times have changed now.

"For decades, the potential of the country was underestimated. But now, India is seen as capable of touching the heights of modern development. The islands of India can offer a lot to the world. But earlier this potential was not recognised, and no action was taken," said Modi.

Addressing the virtual gathering, PM Modi also mentioned that for decades, there was a demand to make the files related to the life of Netaji Subhash Chandra Bose public.

"For decades, there was a demand to make public the files related to the life of Netaji, this work was also taken forward with full devotion by the country. Today, the grand statue of Netaji on the 'Kartavya Path' in front of our democratic institutions reminds us of our duties," Modi said.

He further added that Netaji's memorial in the Andaman and Nicobar islands will now infuse yet more patriotism in the hearts of the people.

PM Modi further mentioned that these works should have been done long ago in the interest of the country.

"These works should have been done long ago in the interest of the country because the countries which connected their heroes with the public well in time...went far ahead in the race of development and nation building," he said.

The largest unnamed island was named after the first Param Vir Chakra awardee, Major Somnath Sharma, who lost his life in action on November 3, 1947, while repulsing Pakistani infiltrators near Srinagar Airport.

The Government had declared January 23 as Parakram Diwas in 2021 to commemorate the birth anniversary of Netaji Subhas Chandra Bose.

Keeping in mind the historical significance of the AndamanNicobar Islands and to honour the memory of Netaji, Ross Islands was renamed as Netaji Subhash Chandra Bose Dweep by the Prime Minister during his visit to the Island in 2018. Neil Island and Havelock Island were also renamed Shaheed Dweep and Swaraj Dweep.

The portrait of Netaji Subhas Chandra Bose was unveiled by the then President of India N Sanjiva Reddy, in the Central Hall of Parliament House on January 23, 1978.

According to Lok Sabha Secretariate, it was recognised that the floral tributes could serve as an effective medium in spreading greater knowledge and awareness about the lives and contributions of these towering national icons among the youth of the country.

Subhash Chandra Bose established the Azad Hind Fauj. While there is a controversy over Bose's death in a plane crash in Taipei on August 18, 1945, the Central government had in an RTI (Right to Information) in 2017 confirmed that he had died in the incident. (ANI)