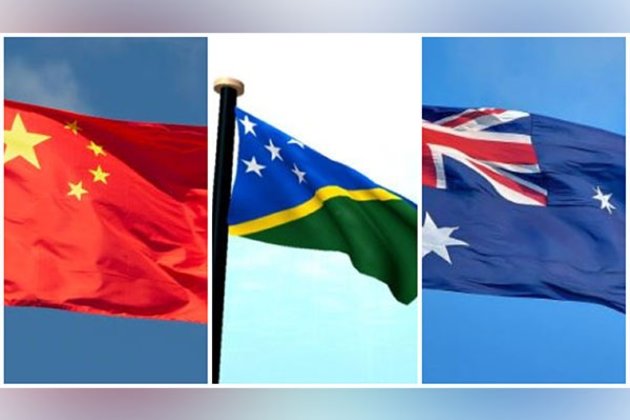 This got worse as Canberra began to worry that China would be laying the foundation for building naval installations closer than 2,000 kilometres from Queensland's coast as a result of the March 2022 security agreement between Beijing and Honiara.

60 semi-automatic weapons and 13 vehicles were donated by the Australian Federal Police (AFP) to the Royal Solomon Islands Police Force at the beginning of November, reported The Financial Post.

The Pacific Games of 2023, which will be held in the Solomon Islands late in the following year, might exacerbate issues about security cooperation.

Since Honiara severed ties with Taipei in 2019 and China took over Taiwan's construction of infrastructure, the games have been dogged by controversy, reported The Financial Post.

The fact that the Solomon Islands' parliament decided to postpone the general election from 2023 to 2024 owing to the cost of supporting both the Olympics and the election in the same year raised concerns, leading some in the opposition to charge Prime Minister Manasseh Sogavare with "power grabbing."There are worries that the games might become the scene of more demonstrations given that it has been claimed that game facilities were targeted during the instability that engulfed the country in late 2021.

In the case of unrest, there is a risk that China may be asked to offer security support. The terms of the security agreement between Honiara and Beijing specify the circumstances under which Chinese security personnel may be sent to the islands to protect Chinese citizens and property, a defence China may use if the safety of the facilities it has helped fund and construct is in jeopardy, reported The Financial Post.

Moreover, there is a real possibility that Australia may be preparing to restrict or obstruct what is expected to be a profitable future export: lithium, especially in light of the escalating geopolitical competition, reported The Financial Post.

Lithium is a crucial component of electric car batteries and has been dubbed the "new oil" by Tesla CEO Elon Musk. China is the global leader in the production of this good, which plays a significant role in its post-energy transition economic plan.

China is a significant investor in Australia's lithium business, owning holdings in three of the country's main mines as well as the country's first fully automated lithium hydroxide processing facility. China also buys around 95 per cent of Australia's exports of lithium.

On the basis of security, the Canadian government ordered three Chinese corporations to withdraw from Canadian lithium mining at the beginning of November.

In response to worries about China's hegemony over important mineral supply chains, Canada, the EU, and the US identified lithium as a strategic mineral.

There are indications that Australia may adopt this more securitized trading strategy, reported The Financial Post.

In a recent statement, Resources Minister Madeleine King emphasised the need to be "cognizant of the role Australia's critical minerals will play in the security of our trusted regional friends and allies" and stressed that the availability of rare earths "is as much a national security issue as one of energy and economic security."China's Ministry of Foreign Affairs responded angrily to this, stating that "No one should use the economy as a political instrument or weapon." (ANI)