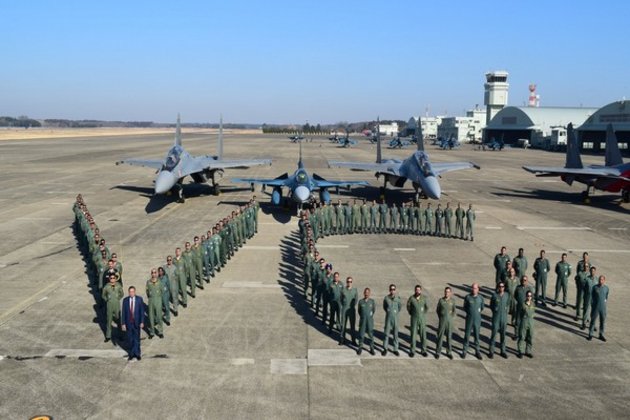 Tokyo [Japan], January 14 (ANI): The joint air exercise between India and Japan currently taking place at Hyakuri Base in Japan is the first between the two countries and is a strategically crucial development, says Dr Satoru Nagao, a researcher at Hudson Research Institute, while writing in Japanese language magazine WedgeOnline.

To begin with, he says, Japan lags significantly behind China in military spending, as the former has increased its defence expenditure by only 2.4 per cent from 2011 to 2020, while China increased it by 76 per cent during the same period. It is, therefore, "essential for Japan to cooperate with other countries and try to disperse China's military power in different ways".

He posits that if China takes military action against Taiwan or Japan, the PLA Air Force would focus on these areas. But "if Japan and India work together, and China is aware of that, the PLA would be forced to deploy a number of its fighters against India to protect its flanks".

This will disperse China's air power away from Japan and Taiwan. Similarly, in case of a Chinese attack on India, the deployment of long-range cruise missiles by Japan would force China to split its defences.

Interestingly, Dr Nagao assesses that the "Chinese military attaches great importance to the India-China border. PLA leaders who have increased tensions with India benefit professionally within the Chinese system". He gives the example of Li Zuocheng, who was the local commander when a Chinese intrusion took place in India in 2014. Three years later, Li was made a member of the Central Military Commission, the highest military authority in China.

More recently, the "person who led operations in the Doklam area in the India-China-Bhutan tri-junction in 2017, He Weidong, has now become a member of the Politburo of the Chinese Communist Party and Vice Chairman of the Central Military Commission". Thus, China's military personnel affairs indicate that it is beginning to consider India as a strong country.

Dr Nagao adds that despite good efforts on both sides and 2022-23 marking the 70th anniversary of the establishment of diplomatic relations between India and Japan, there were a few irritants like differences on Russia's military action in Ukraine, India's denial of permission to a Japan Air Self-Defence Force aircraft to land in India etc.

The upcoming joint Air Force exercise, as a continuation of other such endeavours like "Malabar", "Dharma Guardian" and "Maitree", will reverse the negative tide and turn the match around with a six, in cricket terminology.

He adds that the exercises have many tactical benefits for Japan. With India bringing its Sukhoi-30 fighters to the exercise, Japan Air Force officers will also get an understanding of the same equipment that is being used by China and Russia.

He concludes that with Japan clearly have stated the importance of defence cooperation with India in its 'National Security Strategy' and 'National Defence Strategy' released in December 2022, the exercise will be a good step in the right direction.

As one of the first persons in Japan to advocate India-Japan joint air exercises, Dr Nagao is optimistic that this exercise will open new areas for military cooperation between the two countries. (ANI)