China driving wedge between Australia, Japan, plays them off against each other 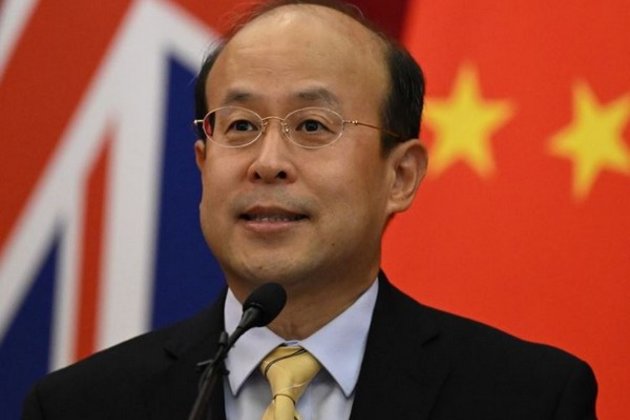 Sydney [Australia], January 11 (ANI): With Japan and Australia holding joint military exercises, China is attempting to drive a wedge into the strengthening defence ties of the two countries, according to CNN.

China's ambassador to Australia, Xiao Qian on Tuesday said that Canberra should be wary of its relationship with Tokyo, reminding that Japanese troops attacked Australia during World War II and could do the same again.

"If we forget history, history might repeat itself," said Xiao in a rare news conference at the Chinese Embassy in Canberra, reported CNN.

Incidentally, Xiao also incorrectly claimed that Japan had not apologized for its World War II actions concerning Australia, and could therefore repeat them, reported CNN.Japan did not invade Australia in World War II, but Japanese attacks did reach the continent. From February 1942 to the end of September 1943, Japan staged 97 air raids on military facilities and towns in northern Australia, with a raid on the town of Broome leaving 97 people dead.

Also in 1942, Japanese midget submarines shelled areas of Sydney and Newcastle, while other subs attacked ships along Australia's east coast, killing 60 people, according to the Australian government.

Australians were among the tens of thousands of allied military personnel captured and imprisoned by Japanese forces in World War II.

Japan has apologized for its World War II actions concerning Australia, according to historical accounts.

For the most part, Xiao's comments on Australia were positive, and he indicated the relationship and trade issues between Beijing and Canberra would likely improve, reported CNN.

"When somebody threatens you, he might threaten you again. China has been your friend. We will continue to be your friend."Xiao made the comments after a journalist asked about remarks made by the Japanese ambassador to Australia, Shingo Yamagami, who said Australia and Japan should remain "vigilant" in relation to China.

"We have to be vigilant because when it comes to policy and strategy, nothing fundamental seems to have changed on their part," Yamagami said in an interview published in The Australian newspaper Tuesday.

"So I'm afraid that our colleague from Japan is not doing his job."While Australia-China relations have thawed in recent weeks with the visit of Australian Foreign Minister Penny Wong to Beijing in December, China's relationship with Japan remains rocky, especially after Tokyo announced in late December that it would be doubling its defence budget and acquiring long-range weapons capable of hitting China, reported CNN.

Tokyo is wary of Beijing in regards to competing territorial claims from Taiwan and China on islands in the East China Sea that are claimed and controlled by Japan. (ANI)