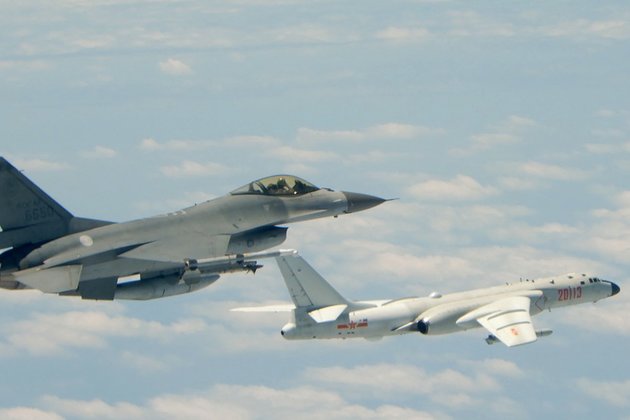 Chinese officials said the move came in response to US ?provocation?

A total of 71 jet fighters, anti-submarine planes, electronic warfare aircraft and reconnaissance drones, together with seven naval ships, have been spotted close to Taiwan in the last 24 hours, the self-governing island's Defense Ministry said on Monday.

Taipei scrambled its own jets and Navy vessels, and also used land-based missile batteries, to monitor the movement of Beijing's forces.

Beijing announced the launch of "joint fire strike exercises" around Taiwan on Sunday. A colonel called the drills "a resolute response to the escalating collusion and provocation by the United States and Taiwan," adding that the People's Liberation Army would take "all necessary measures" to defend China's sovereignty and territorial integrity.

On Friday, President Joe Biden signed the National Defense Authorization Act for the Fiscal Year 2023, a spending bill that allows up to $2 billion worth of military loans to Taiwan over the next five years.

Taiwan has been self-governed since 1949, but has never officially gained independence from China. Beijing considers the island as an inalienable part of its territory and views foreign military and diplomatic aid to local authorities as meddling in its domestic affairs.

"This Act, in total disregard of facts, hypes up the 'China threat' narrative, blatantly interferes in China's internal affairs," a spokesperson for the Chinese Foreign Ministry said on Saturday.

Senior Colonel Tan Kefei, spokesman for Beijing's Defense Ministry, stated that "the Chinese People's Liberation Army will, as always, be ready to resolutely safeguard national reunification and the territorial integrity of the country."