Can China break through the semiconductor blockade the US is building 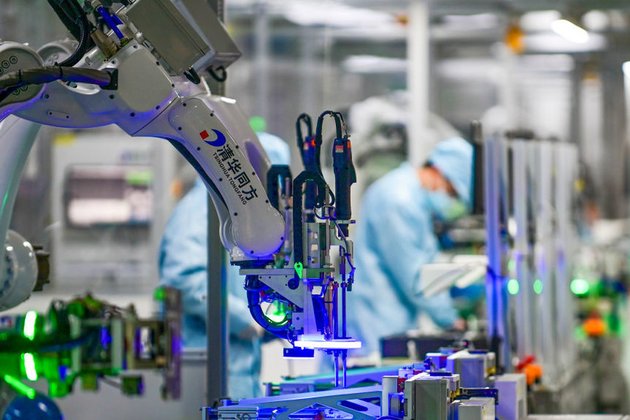 Washington wants to draft allies into a 'silicon fence? around Beijing, leaving China to race against the clock to innovate

The United States is aiming to construct what one journalist has described as a "Silicon Fence" around China, a sanctions barrier that aims to make it impossible for Beijing to import advanced chipmaking technology.

Washington strives to co-opt allied states into supporting its semiconductor technology export rules against Beijing. Having adopted sweeping new sanctions last month, the US wants to blockade China's technological advances as the biggest act of leverage in its attempt to contain the country's rise.

Beginning in 2018, America's primary strategy to restrain China has focused on semiconductors, which Washington sees as a critical asset needed by Beijing to ascend the international value chain and move away from the 'low-end manufacturing' with which it has been associated for decades and into the field of high-end products. Here, the US fears that its longstanding lead in technologies, and thus, by extension, military technologies, may be overtaken by China, representing a critical threat to its hegemonic position.

In implementing this strategy, the US has resorted to one tactic: embargos, and more embargos, while also aiming to rebuild the global semiconductor supply chain around itself. The US has been progressively adding more and more companies to the Commerce Department's 'entity list', thus prohibiting American companies from exporting critical products to them. As of 2022, the list of impacted companies now extends into the hundreds and is still growing.

Some companies, such as Huawei and Chinese chipmaking firms, have been subject to even harsher restrictions. In what is known as the 'foreign direct product rule' the US weaponizes its ownership of tech semiconductor patents in foundational technology to prohibit third-party countries from dealing with the target too. Most critical in this have been US efforts to coerce the Netherlands-based lithography firm ASML into not exporting its most powerful chip-making machines to Chinese customers. Starting in 2018, it blocked the company from exporting the extreme ultraviolet lithography machine, its most critical technology, to China.

The Biden administration has proved even more ruthless in its bid to tighten the metaphorical noose around China's semiconductor industry, and a month ago revealed sweeping rules banning all US firms from exporting high-end chipmaking equipment to China, and also outlawing American citizens from participating in China's chip industry. However, to move forward further, it needs cooperation from allied states, and is pushing the Netherlands and Japan to agree to a common position over the export of semiconductor manufacturing equipment to China.

But this is easier said than done. China is the world's largest and fastest growing market, and its demand for semiconductors in order to fuel its growth is higher than ever. By agreeing to these US-imposed rules, the Netherlands and Japan and their respective industries are poised to suffer, purely for complying with Washington's interests. The chief executive of ASML has been vocal about these concerns. But the US does not take 'no' for an answer, and both countries have already agreed "in principle" to join the restrictions.

Thus, bit by bit, the US is aiming to erect a gigantic 'silicon fence' around China. The US believes limiting and cutting off the flow of semiconductors entering the country can stifle China's growth in the long run, forcing it to be more dependent on Taiwan for the high-end chips it can get. This, in turn, can be used as strategic leverage against China to extract concessions, while Washington advances the militarization of its periphery at the same time.

This has left Beijing in a rapid race against the clock to develop its own domestic technology and to become self-reliant in semiconductors. Already Beijing is preparing a $143 billion subsidy package to its own firms. There are some small signs of success, such as China reportedly having reached the seven-nanometer chip process milestone, although this was done using foreign semiconductor equipment it had already obtained.

China now faces the daunting task of building its own supply chain, from the bottom up - from scratch. This means it must be able to both innovate and invest on a large scale. As the US assumption is largely based on the arrogant line of thought that without access to external tech, China can't innovate or progress, there is also no guarantee Washington's strategy will succeed, even if it does put 'speedbumps' on the way.

Yet, it is also a sign of the world we live in today and another measure of how the US is willing to tear up globalization and even reverse it when it produces geostrategic results unfavorable to it. The semiconductor supply chain, and the world of open technology as we knew it, has very much gone back to a Cold War era. Thus, we aren't talking about integrating the world anymore, but instead are talking about 'Silicon Fences' in the same light as we formerly spoke about the "Iron Curtain."