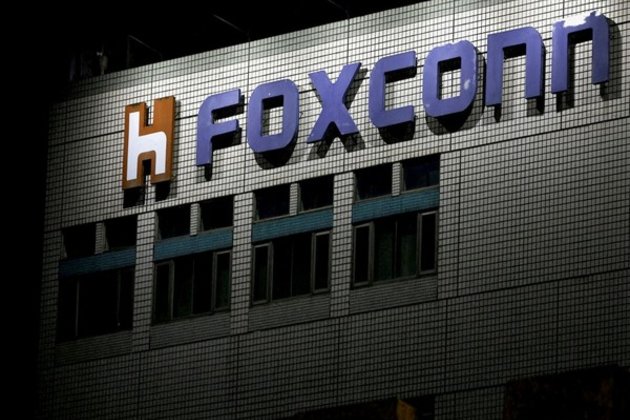 Taipei [Taiwan], December 20 (ANI): The Taiwanese government has said it will fine Apple supplier Foxconn for an unauthorized investment from China even after the company agreed to sell its stake to another Chinese company, Focus Taiwan reported.

The Ministry of Economic Affairs, on December 17, said that Hon Hai, which is 99.99 per cent owned by Shanghai-listed communication network equipment subsidiary Foxconn Industrial Internet Co. (FII), could face a fine of up to Taiwanese Dollars 25 million.

This development came after Foxconn, on December 16, said in a filing to the Taipei stock exchange its subsidiary in China had agreed to sell its entire equity stake in Tsinghua Unigroup to Yantai Haixiu semiconductor development center for no less than 5.38 billion Chinese yuan (US$722 million).

The very next day, Foxconn posted another statement on the Taipei Stock Exchange that it has decided to sell the stake to avoid the uncertainty over the company's investment strategies resulting from a delay of the deal, given that the procedure to invest could still not be finalized after several months passed.

It also added that another reason behind this was also aimed at allowing the company to have more flexibility in capital management, according to Focus Taiwan.

According to Focus Taiwan, Foxconn in a statement disclosed that in July FII's Xinwei Fund had invested in Tisnghua Unigroup for 5.38 billion yuan. But the decision on the investment raised concerns that it would help strengthen China's chipmaking capability and boost its competitive edge internationally, a move some argued will compromise Taiwan's national security, at a time when Taipei is forging closer ties with Washington amid escalating threats from Beijing.

The investment in Tsinghua Unigroup had been made without prior approval from the authorities in TaiwanIn an investor conference held in mid-August, Hon Hai Chairman Liu Young-way said the company had a backup plan if it failed to secure regulatory approval in Taiwan for its investment Tsinghua Unigroup.

Liu said Hon Hai believed the investment in Tsinghua Unigroup adheres to the law, but if the government has concerns about it and does not give retroactive approval, his company has a contingency plan. However, he didn't disclose any details on Plan B.

In recent years, Hon Hai has intensified its efforts to diversify its product portfolio through the "3 plus 3" initiative, referring to three emerging industries -- electric vehicles, robotics, and digital health care -- that utilize artificial intelligence, semiconductor, and communication technologies in a bid to transform itself from a pure contract electronics manufacturer to a company which can integrate its hardware and software strengths, reported Focus Taiwan. (ANI)