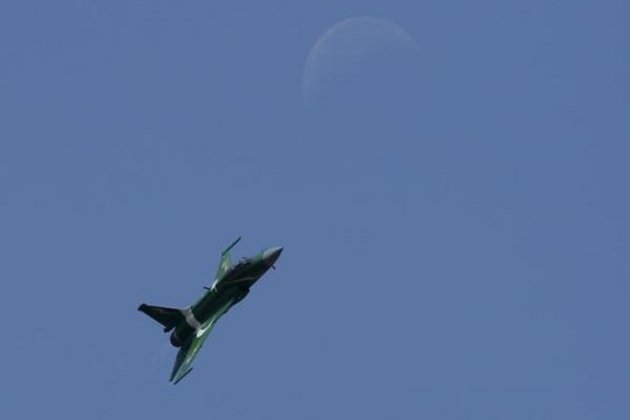 Beijing [China], December 18 (ANI): Chinese-developed jet JF-17 has become an embarrassment for Pakistan due to numerous malfunctions of the Russian RD-93 engines, but despite this, many countries had shown interest in the jet, Difesa Online reported.

Recently, Azerbaijan, Sri Lanka, and Malaysia have shown their interest as possible buyers of the JF-17 fighter.

After several attempts made by the Chinese Nanjing Research Institute of Electronics Technology to fix the Russian RD-93 engines still it couldn't do so.

According to the agreement signed between Beijing and Islamabad for the JF-17, Pakistan is allowed to obtain engines and spare parts from Russia only through the mediation of China. Due to the numerous breakdowns of the Chinese fighter, Pakistan had applied directly to Moscow for the purchase of new RD-93 engines, avoiding the intermediation of China, according to Difesa Online.

Russia also wanted to send the RD-93 engines, as well as spare parts and maintenance, but US sanctions against Russia's defense export agency, the Rosoboronexport, caused further complications for the Pakistan Air Force.

Although according to the Stockholm International Peace Research Institute's arms transfers database, between 2000 and 2020, China exported only USD 7.2 billion worth of military aircraft, Chinese fighter jets are still being sold within their relatively small target market.

In the 1990s, the main customers of Chinese fighters were Pakistan, Bangladesh, Myanmar, North Korea, and some African countries. This is also true today, reported Difesa Online.

Earlier, in January, Taiwan News reported that Pakistani leaders expected a low-cost, lightweight, all-weather multi-role fighter, something akin to the Russian Su-30MKI or the French Mirage 2000 but the reality fell well short of their high hopes.

In 1999, when Beijing and Islamabad signed the deal on joint production of the JF-17, it was touted as a combat jet comparable to Su-30 MKI, Mig-29 and Mirage-2000. The reality, Pakistan Air Force (PAF) is finding out much to its chagrin, is nowhere near the boastful claims made by the Chinese, Daily Sun reported.

The first images of Pakistan's new mass-produced JF-17 Thunder (Block III) have surfaced in recent days. The new version is hoped to be a radical departure from the clunky earlier JF-17 models, yet questions hang over the extent of its supposed upgrades. (ANI)