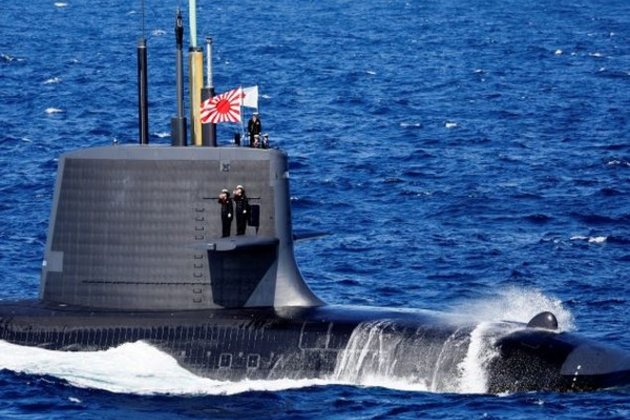 Tokyo [Japan], December 17 (ANI): Japan is finding itself in the midst of the most severe and complex security environment since the end of WWII with mounting threats from China and North Korea.

Japan has responded with what they call a "major shift" in defence policy. The new strategy does away with decades of precedent to acquire counter-strike capabilities, with a special focus on a free and open Indo-Pacific (FOIP).

Japan will build a multilayered network among its allies and like-minded countries, expand it, and strengthen deterrence. Thus, while utilizing frameworks such as the Japan-US-ROK, and Japan-US-Australia, Japan will enhance security cooperation with Australia, India, the ROK, European countries, ASEAN countries, Canada, NATO, EU, and others, read the National Security Strategy of Japan statement.

Japan has the vital importance of striving to realize a free and open international order based on the rule of law and securing regional peace and stability in cooperation with its ally, like-minded countries and others, read the statement.

China has set clear goals to achieve "the great rejuvenation of the Chinese nation," the full completion of "building China into a great modern socialist country" by the middle of this century, and the prompt buildup of the People's Liberation Army to be elevated to "world-class standards," added the statement.

Under these national goals, China has been increasing its defence expenditures at a continuously high level and extensively and rapidly enhancing its military power, including its nuclear and missile capabilities, without sufficient transparency.

In addition, China has intensified its attempts to unilaterally change the status quo by force in the maritime and air domains including in the East and South China Seas, such as its intrusions into the territorial waters and airspace around the Senkaku Islands, and has expanded and intensified its military activities that affect Japan's national security in the Sea of Japan, the Pacific Ocean, and other areas as well, added the statement.

Moreover, while maintaining its policy of peaceful reunification of Taiwan, China has not denied the possibility of using military force. In addition, China has been intensifying its military activities in the sea and airspace surrounding Taiwan, including the launch of ballistic missiles into the waters around Japan.

Regarding peace and stability across the Taiwan Strait, concerns are mounting rapidly, not only in the Indo-Pacific region including Japan, but also in the entire international community, added the statementIn recent years, North Korea has repeatedly launched ballistic missiles with unprecedented frequency and in new ways, rapidly enhancing its capabilities. In particular, North Korea is making rapid progress in its missile-related technologies and operational Ballistic Missile (ICBM)-class ballistic missiles with a range covering the US mainland, launching missiles in new ways including missiles flying with irregular trajectories, and launching missiles from various platforms such as Transporter-Erector-Launcher (TEL), submarines, and trains.

Furthermore, North Korea intends to bolster its nuclear capabilities both in quality and in quantity at maximum speed. When considered together with its rapid development of missile-related technologies, North Korea's military activities pose an even more grave and imminent threat to Japan's national security than ever before.

In order to checkmate threats from China and North Korea, Japan wants to maintain and develop a free and open international order and strengthen ties with its ally, like-minded countries and others, added NSC statement.

As a nation in the Indo-Pacific region, Japan will further promote efforts to realize a FOIP by deepening cooperation with like-minded countries through the Japan-US alliance as a cornerstone and through efforts such as the Japan-US-Australia-India (Quad) partnership.

To this end, Japan will strive to make the vision of a FOIP more universal around the world, create rules to expand the free and fair economic zone, improve connectivity, empower governance of countries and international organizations, and expand efforts to ensure maritime security, added the statement.

Guided by the vision of a FOIP, Japan will strategically utilize ODA to maintain and develop a free and open international order and to realize coexistence and co-prosperity in the international community.

Kishida said, "Missile technology is rapidly improving. There is also the possibility of attacks where many missiles are launched at the same time. Given all this, counterstrike capabilities that would work as a deterrence are absolutely necessary."Kishida said the government will increase defence spending to about 2 per cent of GDP by fiscal year 2027. That would bring the total to 43 trillion yen, or about 315 billion dollars. He said the money will come from tax increases to be imposed in 2024 or later.

US National Security Advisor Jake Sullivan said in a statement that the shift represents a "bold and historic step" from one of his country's closest allies. He said it will help the Indo-Pacific region achieve "lasting peace, stability and prosperity."Jeffrey Hornung, a political analyst at the Rand Corporation, points out that a larger Japanese role would take the pressure off US forces.

Hornung said, "We've lost that dominance and superiority that maybe we had 20 years ago. So Japan signalling a more active engagement with the region and having more capable assets in which to do it really helps the United States."The new policy documents describe China as Japan's "biggest strategic challenge." That drew an angry reaction from Beijing on Friday.

Chinese officials said the policy "ignores" reality. They accused Japanese leaders of hyping an imaginary "China threat" as an excuse for a military buildup. They say the effort is doomed to fail, reported NHK World. (ANI)