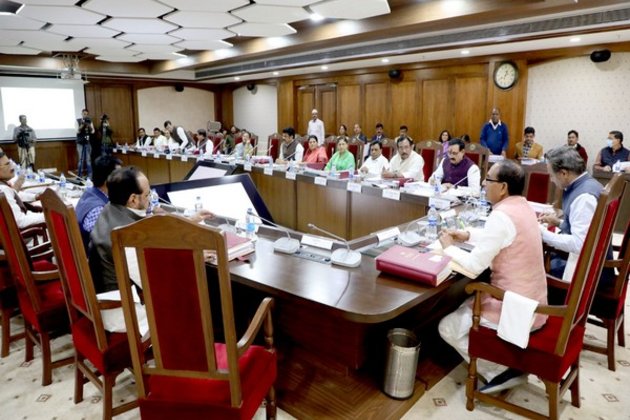 During the cabinet meeting CM Chouhan informed that the Madhya Pradesh Matsya Mahasangh (Madhya Pradesh Fisheries Federation) received a national award of the best federation from the central government on the occasion of World Fisheries Day on November 22. Last year also the state was awarded.

Besides, the Chief Minister informed in the cabinet meeting that the centre developed by combining Panchkarma and Yoga was inaugurated at Pandit Khushilal Sharma Ayurveda College in the state capital Bhopal. For this, the AYUSH department and the entire team deserve congratulations.

"This centre will prove useful for the common people. The Department of AYUSH had fulfilled the responsibility of protecting public health through the wide distribution of Trikut decoction even during the Corona period," Chouhan added. (ANI)