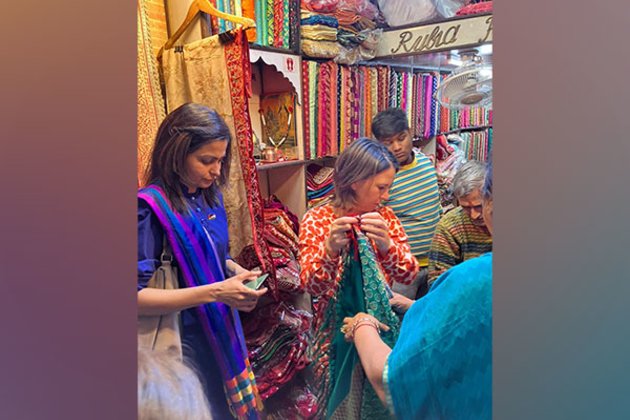 Taking to Twitter, the German Ambassador to India and Bhutan, Philipp Ackermann shared some pictures of Baerbock which he captioned, "Packedproductive - a super exciting Day 1 of Minister @ABaerbock draws to a close. Great talks with @DrSJaishankar, an enriching visit to Sis Ganj Gurudwara followed by shopping with Shashi Bansal in Chandni Chowk and using Paytm to pay!"In the photographs shared by the German envoy, Baerbock was seen in the company of some women at the Sis Ganj Gurudwara and later checking out Indian ethnic dresses at a local shop in Chandni Chowk.

To pay for her purchase, the foreign minister used the Digital payment method Paytm.

Taking to Twitter, Baerbock described that for her the official visit to India felt like she was "visiting a friend".

She shared a picture with Indian Foreign Minister S Jaishankar and captioned it in German, "Not only because we have seen each other so often this year - the world situation makes our close coordination more than necessary - my first official visit to Indien feels like visiting friends. Thank you very much, dear @DrSJaishankar."The German foreign minister arrived in Delhi on December 5 and also visited Rajghat in national capital and paid her respects to Mahatma Gandhi. She also took a ride on the Delhi Metro.