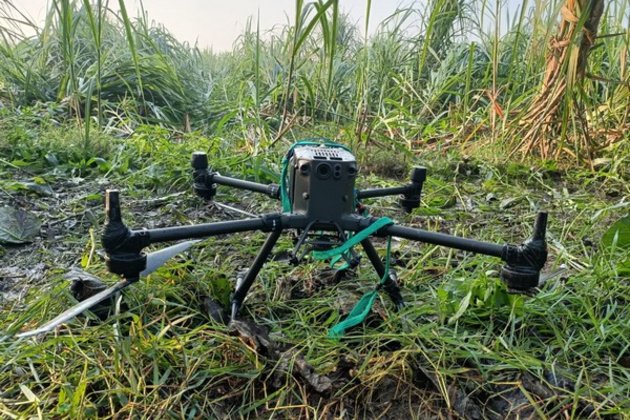 According to the PRO, BSF, Punjab Frontier, the troops deployed at the border recovered the contraband on Monday after they heard the sound of a suspected flying object/drone entering from Pakistan into Indian territory.

"The whole area was cordoned and Policeconcerned sister agencies were informed," an official statement said.

During the search, BSF troops recovered a Quadcopter (drone), DJI Matrice 300 RTK, alongwith consignment of contraband suspected to be heroin (gross wt. - 2.470 kg) tightly wrapped in yellow coloured polythene, with 3 radium strips, attached with a metal ring meant for release of the consignment from drone lying in an open wheat field near Vill - Kalia, it said.

Earlier, the Border Security Force (BSF) seized 2 kg heroin and 100 gm opium on Monday after it shot down a Pakistani drone in Amritsar.The BSF soldiers were deployed on the international border and observed one drone entering India from Pakistan. After that, the soldiers shot three bullets at the drone and put it down, informed Jasbir Singh, Commandant BSF.

Two packets of heroin with 1 kg heroin in each, and 100 gm of opium were recovered, the BSF informed. (ANI)