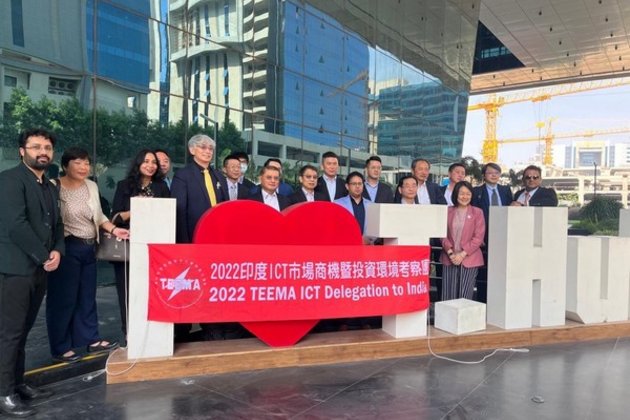 Taipei [Taiwan], November 23 (ANI): Taiwan-India business ties got a fresh boost after a delegation from the self-governed island visited a number of Indian states earlier this month which led to the signing of three Taiwan-India memorandums of understanding aimed at fostering electronics manufacturing and green technologies, according to the Taiwan-based English-language website Common Wealth Magazine.

Writing for the Common Wealth Magazine, Taipei-based attorney Arpita Dutta said the three important items on the agenda of the delegation visit were: "visiting India based-Taiwanese businesses, visiting potential Indian business partners, and organizing a rigorous discussion with the state governments including the IT ministers of several states."According to Dutta, key takeaways from the delegation's visit included, the recognition of the fact that India has an abundant talent pool and that wise use of Indian talent will maximize business growth.

The role of product localization in penetrating the 1.4 billion Indian market and the appropriate supply chain for streamlining business management, were also noted. Another theme that came across was the need to break the monotonous thinking of India-Taiwan cultural barriers.

Arpita Dutta, in the Common Wealth Magazine article, contended that this delegation visit was an essential step since it aimed to understand the gaps and opportunities to advocate the sustainability of Taiwanese business in a new jurisdiction.

She said intense and engaging talks with the "Indian government and Taiwanese companies surely will open doors to more collaboration in the foreseeable future.""The policies 'Made in India' and 'Production Incentive Evolution' along with several other subsidies can complement Taiwan's 'New Southbound Policy,' and Taiwan-India collaboration will turn the aspiration of an Indian manufacturing hub into reality," she added.

Dutta, who herself was part of the visit to prominent Indian entities, said the delegate saw their utmost collaborative lookout from a broad perspective, which clearly showed how India-Taiwan hardware and software collaboration will create a new dimension in the IT industry.

"The insights from this trip might provide sufficient confidence to Taiwanese companies that are under certain stereotypical impressions about India," she added. (ANI)