Taiwan Struggles to Shake Off Era of Corruption in Local Politics 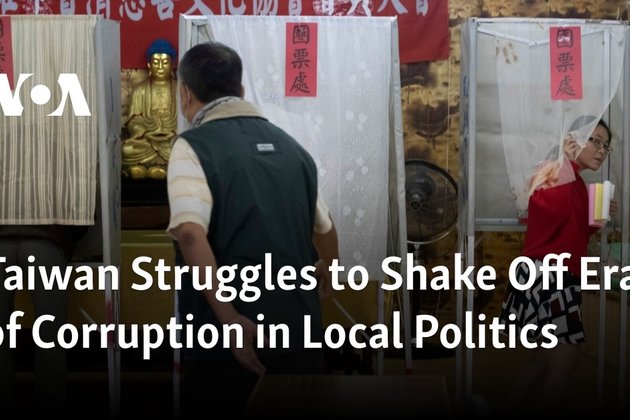 TAIPEI, TAIWAN - In the central Taiwanese city of Taichung earlier this month as the country prepared to vote in local elections, the same word came up several times during a speech by Democratic Progressive Party hopeful Shen Shu-cheng: 'heijin.'

The term directly translates to 'black gold' but most in the audience understand that it refers to corruption, vote buying, or illicit money used for political purposes. The term is also something observers might refer to the recent past, not the local elections due to take place on November 26.

Shen is running for county councilor in Nantou, Taiwan's mountainous, land-locked county that demonstrates the limits of even one of Asia's strongest democracies.

The elections this weekend are highly competitive and see multiple candidates vying for some 11,000 positions, among them 930 slots for mayors, magistrates, and county and city councilors. 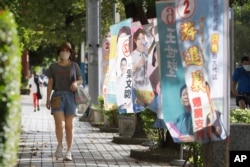 While most will likely go smoothly, there have still been struggles this election cycle.

'The problem of buying votes may be relatively rare in cities such as Taipei and Taichung, but in Nantou, because it is relatively rural, buying votes is actually very serious, I would say prevalent,' Shen said, 'And in Nantou vote buying is linked, at the same [time], to gangsters involved in other illegal activities who also intimidate voters.'

The heijin era saw its heyday in the 1990s during Taiwan's bumpy and crime-ridden transition to democracy after nearly 40 years of martial law ended in 1987.

Some blame the sudden rise of the criminal underworld as guns became widely available post-martial law, while other academics have even blamed President Lee Teng Hui who led Taiwan between 1988 and 2000. Lee was reportedly willing to work with less than savory characters when he lacked support within the Chinese Nationalist Party, or the Kuomintang (KMT), during Taiwan's transition from a single party-state to democratic rule in 1996.

While the era has largely passed, patronage networks, vote buying, and even candidates with ties to organized crime have been hard to erase completely in more rural areas.

'It's becoming more difficult to buy votes now because we have smartphones and can record videos or live broadcasts at any time, which also makes older people not dare to buy them so blatantly,' Shen said. In Nantou, vote buying has become discreet and conducted through intermediaries like the local lizhang or neighborhood warden, although the payments have dropped in value.

The problem can still be found beyond Nantou. As of last week, the Ministry of Justice said it has accepted 2,400 cases of election bribery involving nearly 4,000 people.

Ko-lin Chin, professor of criminal justice at Rutgers University in Newark, New Jersey, captures how organized crime infiltrated Taiwan's politics in the 1990s in a 2003 book Heijin: Organized Crime, Business and Politics in Taiwan. In it, Chin quotes some political candidates who recall how heijin dominated the country's politics for the better part of a decade.

Chin declined to comment on the contemporary problem of heijin but one of the most shocking events of the era was in 1997 - a year after Taiwan's first democratic elections - when a campaign manager was buried alive, and several local politicians were shot in a farmer's association election.

The connection between crime and politics continues to be a problem in Taiwan. Among the candidates running on November 26, nearly 200 have criminal records, election fraud, or drunk driving charges, according to a database compiled by the Taiwan Anti-Corruption and Whistleblower Protection Association.

Among the candidates on November 26, there's Chung Tung-chin, running as an independent for Miaoli County magistrate who served a 3-year and 8-month prison term for beating a man to death and is linked to the death of another man in 1987 among other crimes, according to court filings reviewed by local media. Chung reportedly called the death 'accidental,' local reports added. VOA reached out to Chung for a comment about his criminal records, but inquiries went unanswered.

Then there's independent Chiayi County councilor candidate Tsai Cheng-yi, who served a prison sentence for match-fixing Taiwan's national baseball league in 2009, and Yilan county magistrate Lin Zi-miao, who is running for relocation even though she was indicted on corruption charges in August. VOA also reached out to Lin seeking answers about her past corruption charges but did not get a response.

These remnants of the heijin era contrast with Taiwan's international reputation. It scored 25th worldwide in Transparency International's 2021 Corruption Perception Index and presidential elections are open to international observers and conducted with fewer issues.

Puma Shen, the director of the disinformation research group DoubleThink Lab, said the heijin era began to disappear in the early 2000s, around the time Taiwan's major opposition party defeated the KMT and the democratic system matured.

Wang Chin-shou, a professor at National Cheng Kung University in Taiwan, put the year as 2008 when the KMT was willing to prosecute its own members in a major corruption scandal despite winning the presidency and a majority in the legislature in national elections that same year.

Wang said judicial independence has come a long way since the 1990s as prosecutors can initiate independent investigations. Taiwan's urbanization has also made it difficult, he said, as it has broken up local patronage networks.

'After 2008, for county and mayor legislators, not to mention the presidential election, we basically don't see vote buying anymore. I can't say that with 100% certainty, for example in [rural counties] Hualien, Taitung, or Miaoli,' he told VOA. 'It's still possible, but basically the truth is that there are very few in Taiwan. It's quite common among township parties and county and city councilors, but quite a few people have been arrested.'