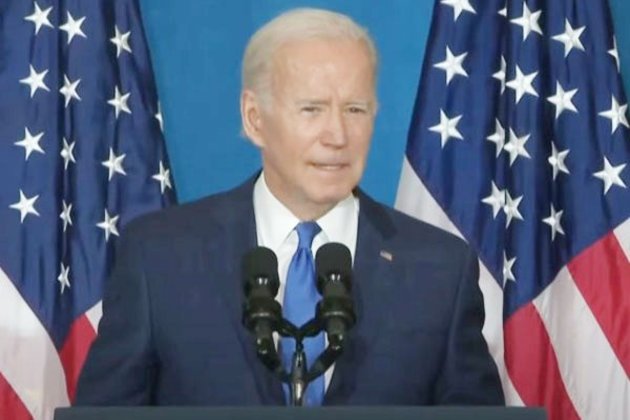 Washington [US], November 17 (ANI): Amid the rising tensions in the Taiwan Strait, the US Congress advisory committee has called for additional multi-year defence funding and other mechanisms to bolster Taiwan's security against China's aggression. The development comes at a time when Chinese President Xi Jinping ordered the military to train in preparation for a "real war scenario," Geo-Politik reportedThe US Congress advisory committee called for establishing an executive branch panel to prepare for economic sanctions which could be imposed against China in response to its military action against Taiwan. Notably, tensions between China and Taiwan have escalated after US House of Representatives Speaker Nancy Pelosi's visit. China considers Taiwan as part of its territory.

In its annual report on November 15, the US-China Economic and Security Review Commission (USCC), said that the measures would be necessary to deter an offensive by the Chinese Communist Party (CCP), as per the Geo-Politik report. The recommendation calls for creating a joint planning mechanism and increasing Taiwan's defence spending to make sure that the island is arming itself to the best of its ability.

In the report, the US-China Economic and Security Review Commission (USCC) said that China intends to isolate Taiwan from the rest of the world through diplomatic, economic and military coercion. According to the Geo-Politik report, China aims to force Taiwan into accepting CCP's rule through any means.

In the report, the US-China Economic and Security Review Commission suggested that the United States and Taiwan would need to bolster their cooperation to ensure their victory in case of conflict with China. As per the Geo-Politik report, China is also taking lessons from Russia's war in Ukraine to achieve their goal of unification of Taiwan with the mainland.

According to the USCC's annual report, "Russia's war against Ukraine has galvanised the international community and heightened concerns over a potential Chinese invasion of Taiwan." The report includes China's increasing capabilities, more aggressive activities toward Taiwan and the need for an expedited American response.

The US-China Economic and Security Review Commission member Randy Schriver said, "While not addressing a specific timeline for a potential Chinese invasion attempt, the report certainly underscores the need for urgent."Schriver further stated that the commission recommends ways to support US forces through "multi-year funding for the most applicable capabilities and expedited joint planning to optimise a potential US-Taiwan response to (People's Liberation Army) threats."The USCC thinks that the United States and Taiwan need to do more to equip and train for the possibility of a war with China. The report has stated that the possibility of war has become more likely after Russia's offensive in Ukraine.

In recent years, China has become aggressive and has threatened military action on several occasions, the report said. This year, Chinese Defence Minister Wei Fenghe committed to "start a war no matter the cost" to stop the international recognition of Taiwan's independence.

The report released by US-China Economic and Security Review Commission includes a chapter dedicated to the issue of Taiwan. It has mentioned how China has increased its efforts to prevent the international community from helping Taiwan.

The report said, "In 2022, China adopted a significantly more aggressive stance toward Taiwan, ramping up displays of military force in addition to diplomatic and economic coercion," as per the news report. Furthermore, it said that the US will need to ramp up its readiness for military conflict in the Indo-Pacific region and strengthen its military forces and its partners and allies in the region. (ANI)