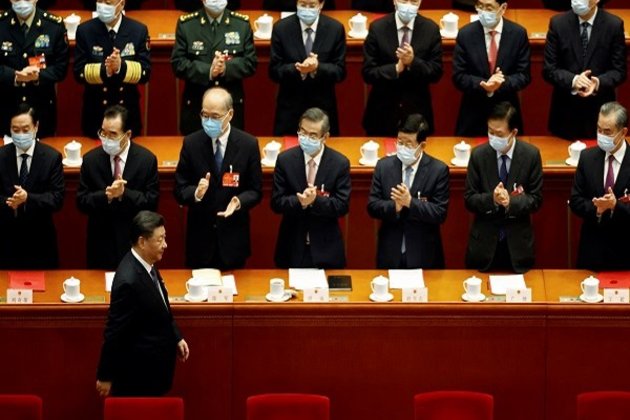 According to Ting Lu, a China economist chief said, "The actual economic recovery momentum is not strong." The Chinese economy is also facing the brunt of harsh COVID lockdowns and restrictions.

Furthermore, to compete with the US, China must clock at least 5 per cent growth if it wants to displace the US from the rank one. The reasons for China's growth trajectory derailment are poor productivity, weakening human resource power, and burgeoning debt.

This will lay a negative impact on China's aspirations as an economic, diplomatic and military superpower. Alex Brazier and Serena Jiang, economists at investment firm Blackrock have highlighted that the boost in the Chinese economy received in recent years is slowly dying down.

They said, "Losing that huge growth driver will make maintaining overall economic growth quite the challenge." The third term of Xi Jinping started off with fever-pitch nationalistic sentiments where Xi Jinping vowed to make China the most powerful country. However, the country appears to be losing steam on the economic front.

For instance, China's exports are declining, industrial output plummeting, and strict lockdowns affecting businesses. The country's elites are also leaving China. China's highhandedness in dealing with the pandemic management is adding to the economic problem.

Another thing is how China's international coercive policies, especially China's aggressiveness on Taiwan and other neighbours. All of this has made China less popular during Xi's regime, reported The Financial Post.

Lisheng Wang, an economist at Goldman Sachs, said "China's fiscal conditions have faced significant challenges since spring this year, from the sharp contraction in land sales, large-scale tax rebates and deferrals, and more spending on Covid controls."China's GDP growth for the third quarter was restricted to under 4 per cent, indicating an economic slowdown. Julian Evans-Pritchard, senior China economist at Capital Economics, said "There is no prospect of China lifting its zero-COVID policy in the near future, and we don't expect any meaningful relaxation before 2024."Highlighting negative growth of 1.1 percentage points in exports in 2022 and 2023, experts said, "Losing that huge growth driver will make maintaining overall economic growth quite the challenge." (ANI)