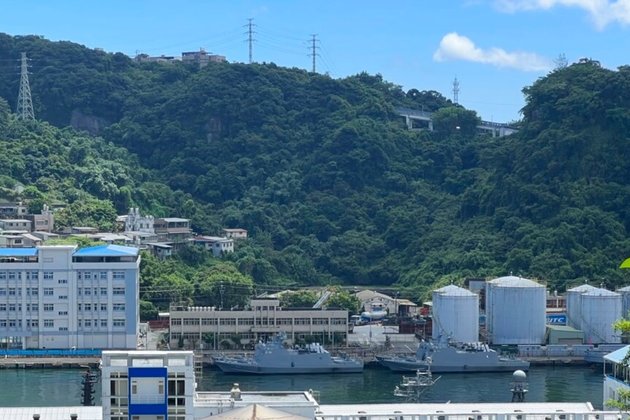 Taipei, Taiwan - Taiwan's military on Thursday shot down an unidentified civilian drone off China's coastline, according to Taiwan's Ministry of National Defense.

After entering Taiwan's airspace over Shiyu Island, the Taiwan military first tried to warn the drone away with flares before shooting the device into the sea.

The drills, which were China's largest-ever air and sea show of force around Taiwan, began after U.S. House of Representatives Speaker Nancy Pelosi visited the self-ruled island in early August.

On Thursday, Taiwan's military issued a statement confirming that it opened fire on the unmanned aerial vehicle (UAV).

Following the incident, Liberty Times Net, a national newspaper in Taiwan, reported that Chinese officials have said Taiwan is 'creating tension' over the matter.

One military analyst said it's no surprise Taiwan is facing these aerial incursions from China.

"On 4 August, [China's People's Liberation Army] dispatched several [unmanned aerial vehicles] through the Miyako Strait to collect intelligence as PLA Rocket Force missiles rained down into closure areas east of Taiwan and inside Japan's Exclusive Economic Zone,' he told VOA via email. "It is not surprising at all to see reports of [the People's Republic of China] commercial drones being used to obtain intelligence about Taiwan's military defenses in an outer island like Kinmen.'

Fanell, a fellow at the Geneva Centre for Security Policy in Switzerland, said further altercations could follow.

"Given Taiwan's successful shootdown of this commercial UAV, I would expect [China] will respond first with some harsh rhetoric and then possibly with another kind of asymmetric escalation, like sending a military UAV directly over one of Taiwan's military installations - for instance, the Penghu Islands on the southern portion of the Taiwan Strait where Taiwan naval and surface-to-surface battalions are located,' he said. 'In the most provocative case, the Chinese Communist Party may even direct the PLA to send a military UAV over Taipei."

Pelosi's visit to Taiwan on August 2 angered China, prompting military exercises around Taiwan on August 4-7, including the use of ballistic missiles. But Taiwan has since responded by outfitting warships and fighter jets based at Penghu, which lies in the Taiwan Strait, with live ammunition. Radio warnings have also been traded between the opposing armed forces and some warships have been separated by only a few hundred meters, Taiwan's military recently told reporters.

Kitsch Liao, a military and cyber consultant for Taipei-based research group Doublethink Lab, played down the drone incident, telling VOA that China is only provoking Taiwan.

"It would be important to capture and preserve the evidence after shooting it down,' he said. 'We don't know who flew the drone ... might be some idiotic college kids. That's why it's important to recover the wreckage.'

Liao also said it wouldn't make sense if China were operating an unofficial reconnaissance mission to collect intel from Taiwan.

"A military UAV would not be flying so close,' he added. 'There are no operational reasons for doing so. They can get everything they want well outside of [Taiwan's] airspace. We should all be cautious on what it means since the facts are hardly clear at this point."

Taiwan, 180 km off China's southeastern coastline, is home to 23 million people. The self-ruled island has its own constitution, armed forces, currency and democratically elected leaders, who consider it an independent country.

Communist Party-run China maintains that Taiwan is a breakaway province that will one day be "reunified" with the mainland, by force if necessary. Beijing often flies warplanes into Taiwan's Air Defense Identification Zone as a warning to the island, with 53 PLA aircraft detected around Taiwan's surrounding region on Wednesday, according to military data.

China's is the largest standing army in the world and its continued threats, coupled with Russia's war in Ukraine, have prompted Taiwan to consider lengthening its military service and increasing its defense spending.

If any future China attack on Taiwan did occur, it would also have global economic consequences. The Taiwan Semiconductor Manufacturing Co. Ltd. dominates the world's supply of computer chips, holding more than 53% of the global market, and is vital to modern technology such as communication devices, televisions and medical equipment.

40,000 Chinese workers to be deported as Manila ends online gaming

MANILA, Philippines: The justice ministry in Manila said it will close 175 Chinese-owned "Philippine offshore gambling operators" and deport some ...

"Many Asian countries, especially Malaysia and Indonesia, show great interest in our defense industry products. Agreements are being signed," Turkish ...

TEL AVIV, Israel - The Israeli army has approved using drones to carry out assassinations in the West Bank.The extraordinary ...

LONDON, England: As Britain adjusts to its first new head of state in 70 years, the government printers responsible for ...