After Ukraine invasion, Latvia moves to bring back draft 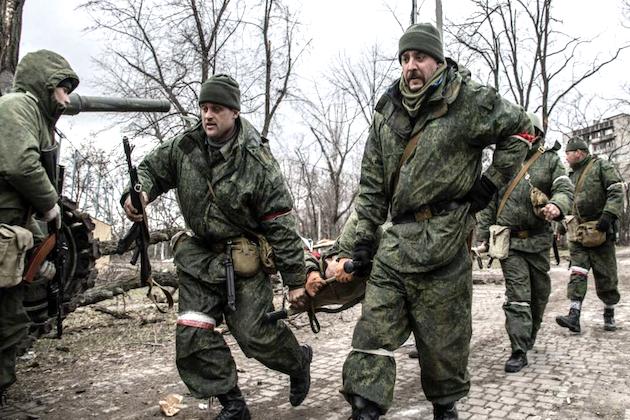 RIGA, Latvia: Russia's neighbor Latvia wants to bring back the military draft, because it fears Russia could attack so quickly that NATO could never send help in time, defense minister Artis Pabriks said this week.

After ending mandatory military service in 2007, Pabriks now seeks to reintroduce a draft so Latvia can defend itself if Russia launches a sudden attack.

Earlier this month, Pabriks announced plans to re-introduce military service for 18-to-27-year-olds, after Russia's invasion of Ukraine, saying it was a necessary step for the country to "survive." Latvia's president, Egils Levit, also supports the move.

Pabriks said Latvian intelligence suggested a Russian attack could come with little warning, resulting in NATO's defenses not being able to stop it.

"Even if we are a NATO member country, our first challenge and danger is coming from a very quick attack from Russia," Pabriks said.

"We have been, of course, calculating how many forces Russia can gather at our borders within 24 or 48 hours. And knowing that NATO will need a certain time to reflect on that, we must be ready, ourselves, to defend every inch and every centimeter of our territory,"
he added, as quoted by Yahoo News.

However, introducing mandatory military service still needs approval from the country's parliament, along with new legislation.

Pabriks expects a new draft to pass into law, and said it could happen this year - meaning the first 500 citizens could enter the service in January 2023.

He noted that Latvia believes that, regardless of whether Russia wins or loses in the Ukraine,

"Russia will remain an unreliable neighbor with imperial ambitions for the next decade."

Ukraine, like Latvia, was previously occupied by the Soviet Union, and Russian President Vladimir Putin has claimed that Ukraine is rightly part of Russia, as a justification to invade another country.

"This means Ukraine gives us time to prepare," Pabriks said. "While Ukrainians are fighting, I am sorry to say, we have a chance as Latvians and as Europeans to prepare."

In terms of what kind of attack Russia could make, Pabriks said, "Anything could happen, because this imperial country never gave up these ambitions."

Russia has so far made vague threats against the Baltic countries, of which Latvia is one. In April, Russia said it would put nuclear weapons in the Baltic region, and Estonia has said that Russia was simulating missile attacks against it.

Pabriks added that when Latvia brings back the military draft, he cannot foresee it ending again, as it did 15 years ago.

"The Rubicon is crossed," he said. "We will not drop it anymore."