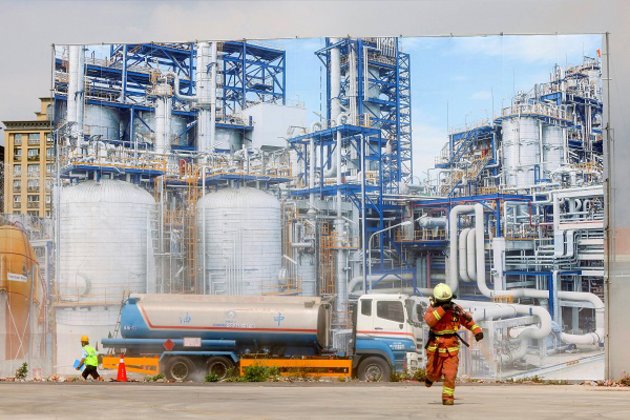 Taipei [Taiwan], July 15 (ANI): Taiwan has conducted its largest-ever disaster preparedness drill with mock scenarios from the Ukraine war and an invasion from China, according to multiple media reports.

On July 13, Taiwan News reported that New Taipei City will mobilize more than 1,800 people for its largest-ever disaster response drills on Thursday.

Apart from it, the Min An 8 drills were also expected to see 200 vehicles, four helicopters and 20 drones participating in the event, which for the first time, will also include a simulation of disaster relief during war, CNA has reported.

On Wednesday, the city's fire department said that there will first be a general indoor theoretical rehearsal during the morning, with the drills taking place in the afternoon, which will include disaster relief during peace and war-time, the mobilization of resources, and the emergency housing of refugees.

Russia launched its military operations in Ukraine on February 24.

In February, China's Foreign Ministry said that Taiwan is "not Ukraine" and has always been a part of China.

"Taiwan is not Ukraine," she said.

Beijing separately claims most of the South China Sea, a resource-rich waterway disputed by Taiwan and four Southeast Asian countries, while Taiwan believes that China's claim of Sovereignty over the Taiwan Strait is false and the only waters over which any country has full sovereignty are its 12-nautical mile territorial waters, Voice of America reported.

Taiwan has lived under military threat from Beijing since Chinese Communist forces defeated the Nationalists in the Chinese civil war in 1949, prompting the Nationalists to flee to Taiwan and set up a rival government. Some Taiwanese islands experienced intermittent shelling by Chinese forces through the 1970s. For most residents, war remains a distant memory and an abstract possibility, according to The Washington Post. (ANI)