Will not tolerate any transgression by China, says NSA Doval 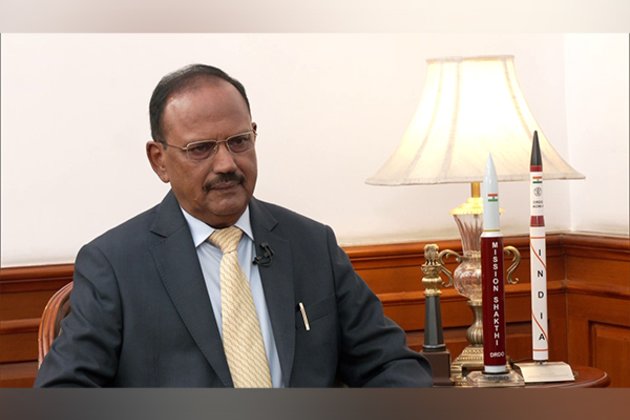 New Delhi [India], June 21 (ANI): Even as border talks between India and China continue, National Security Advisor, Ajit Doval strongly addressed the question of Chinese forays into Indian territory said that India will not tolerate any transgression by China.

Speaking exclusively to ANI on Tuesday, Doval talked about external security measures taken by India after its border standoff with China. "We have a long-pending territorial dispute with China. We have made our intentions very clear to China and they are aware of the fact that we will not tolerate any transgression..."Two years after the 2020 Galwan clash, both countries have held several rounds of military and diplomatic talks to resolve the standoff. Disengagement at some border points have taken place but by and large, there is an impasse on complete disengagement.

Responding to the question of whether China has put on hold its expansionist policy with regard to India, NSA Doval said: "There had been some unsavoury incidents in 2020. We had been able to -- through talks, negotiations, and persuasion -- have resolved some of it, few points still remain to be resolved. We will continue our efforts, at the same time; we have got to ensure that we are vigilant and are able to protect our borders totally."Meanwhile, India earlier said that it looked forward to the next senior commander-level meeting with China at an early date to achieve the objective of complete disengagement on all friction points along the Line of Actual Control (LAC) in eastern Ladakh.

Responding to queries about the working Mechanism for the Consultation and Coordination on India-China Border Affairs (WMCC) meeting held on May 31, Ministry of External Affairs spokesperson Arindam Bagchi said both sides agreed to continue discussions through diplomatic and military channels to resolve the remaining issues.

"WMCC India-China border talks happened on May 31, I don't have much to add to it. To be honest, as in our press release, we said that as instructed by our two Foreign Ministers, both sides agreed to continue discussions through diplomatic and military channels to resolve the remaining issues, so as to create conditions for the restoration of normalcy in bilateral relations. We have been saying this repeatedly," the MEA spokesperson said.

"What is important is that they agreed to hold the Senior Commander-level talks at an early date to achieve the objective of complete disengagement on all friction points along the LAC in the Western sector in accordance with the existing bilateral agreements and protocols. I am not aware of any particular date that I can share with you at this point. I would like to emphasize that we look forward to this Commander level talk at an early date," he added.

Following the standoff due to the actions of the Chinese Army in eastern Ladakh in April-May 2020, India and China have held several rounds of diplomatic and military talks and have achieved disengagement from some areas but some friction points remain. The two countries have held 15 rounds of Corps Commander-level talks. (ANI)