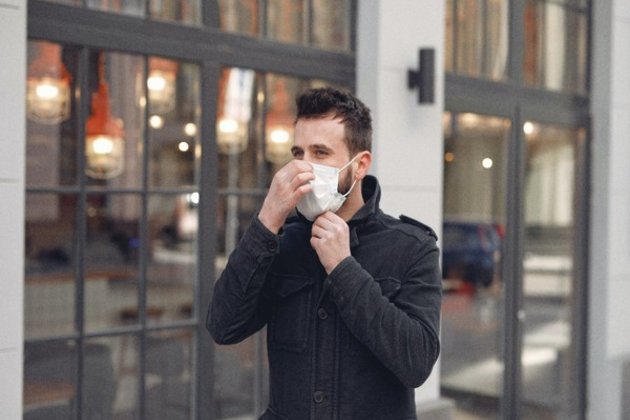 Birmingham [UK], June 21 (ANI): A new study has revealed that breathing in polluted air could lead to toxic particles being transported from the lungs to the brain. The research has been done by a team of experts from the University of Birmingham and research institutions in China and the findings were published in a journal by Proceedings of the National Academy of Sciences.

According to the study, the toxic particles travel via the bloodstream that could potentially contribute to brain disorders and neurological damage. Scientists have discovered a possible direct path used by various inhaled fine particles. As mentioned, these toxins travel through blood circulation with indications that, once there, the particles stay longer in the brain than in other main metabolic organs.

The researchers uncovered they had found many fine particles in human cerebrospinal liquids taken from patients who had encountered brain disorders- uncovering a process which might bring about harmful particulate substances winding up in the brain.

Iseult Lynch, Co-author Professor from the University of Birmingham said, "There are gaps in our knowledge around the harmful effects of airborne fine particles on the central nervous system. This work sheds new light on the link between inhaling particles and how they subsequently move around the body. The data suggests that up to eight times the number of fine particles may reach the brain by travelling, via the bloodstream, from the lungs than pass directly via the nose - adding new evidence on the relationship between air pollution and the detrimental effects of such particles on the brain."Air pollution is a mix of numerous toxic components, yet particulate matter (PM, particularly encompassing fine particles like PM2.5 and PM0.1), is the most concerning in terms of causing detrimental health effects. Ultrafine particles, specifically, can get away from the body's protective systems, including sentinel immune cells and biological barriers.

The group of researchers found that inhaled particles can enter the bloodstream in the wake of crossing the air-blood barrier- in the end arriving at the brain and leading to damage of the brain-blood barrier and surrounding tissues as they do so. Once in the brain, the particles were hard to clear and were held for longer than in any other organ.

Their findings offer new proof in demonstrating the dangers of particulate pollution to the central nervous system, yet the scientists suggest that more examination is required into the mechanics of how inhaled ambient fine particles reach the brain. (ANI)