Taiwan says it has missile that can strike Beijing 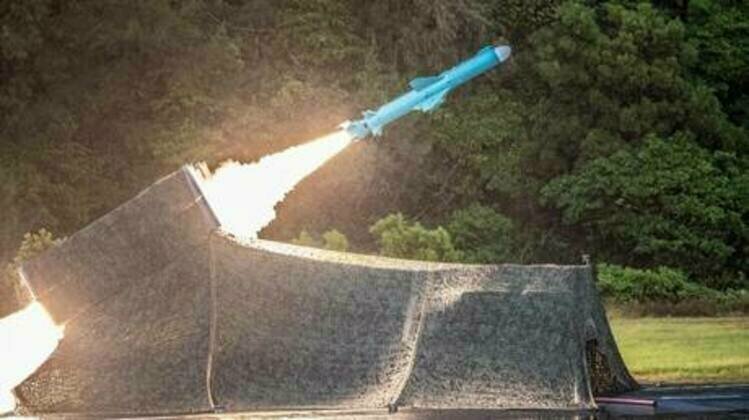 Taiwan has the ability to strike China's capital with homegrown supersonic missiles, the head of Taipei's legislative assembly said, also claiming the island is taking pointers from the Ukrainian armed forces amid Russia's ongoing attack.

During a recent speech, You Si Kun - an influential member of the ruling Democratic Progressive Party - said that while Taipei does not seek confrontation with China, it has the ability to respond with force in the event of a conflict.

"Taiwan would not take the initiative to attack Beijing ... but before Beijing wants to attack Taiwan, it must first consider that Taiwan has the ability to attack," he said, adding that the island can "strike Beijing" with its locally developed supersonic Yung Feng cruise missiles.

Taiwan launched an initiative in 2018 to improve the capabilities of the Yung Feng munitions, sinking more than $400 million into the missile. The upgrades reportedly extended its maximum range to 1,200-miles, putting it within striking range of the Chinese capital city, according to the Drive.

You went on to draw parallels between potential hostilities with China and the conflict still raging in Eastern Europe, stressing the importance of "the will to defend" while stating Taiwan has drawn "inspiration from the Ukrainian-Russian war."

"The [Chinese Community Party] must cross the Taiwan Strait to attack Taiwan, which is different from Russia's attack on Ukraine," he continued. "If you want to land, you will fight on the beachhead. If the landing is successful, everyone in Taiwan must be as determined to die as Ukraine. Go out and never let China swallow Taiwan."

Though the official said "self-help" is an important guiding principle for Taipei and Kiev, both the island and Ukraine have received waves of Western arms and other forms of foreign support, with the Joe Biden administration approving multiple rounds of arms sales to Taiwan and tens of billions of dollars in weapons transfers to Ukraine's military since taking office.

Responding to You's comments, a representative for China's Taiwan Affairs office warned that any attack from Taipei would have dire consequences.

"The ravings of stubborn pro-Taiwan independence members like You Si Kun only exposes their frenzied nature," spokesperson Ma Xiaoguang said, adding "If [they] dare strike a stone with an egg, it will only accelerate [their] demise."