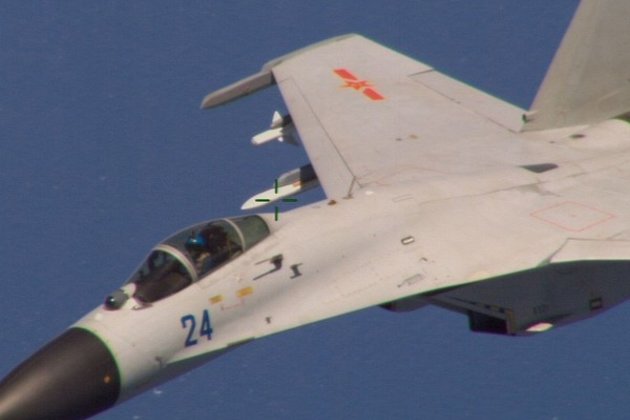 Canberra [Australia], June 12 (ANI): Australian Prime Minister Anthony Albanese has condemned the incident where a Chinese fighter plane forced its plane while on routine surveillance into a dangerous manoeuvre over the South China Sea.

"The intercept resulted in a dangerous manoeuvre which posed a safety threat to the P-8 aircraft and its crew," it added.

Addressing the presser, Australian Defense Minister Richard Marles said, "What occurred was that the J-16 aircraft flew very close to the side of the P-8 maritime surveillance aircraft," Marles said. "In flying close to the side, it released flares, the J-16 then accelerated and cut across the nose of the P-8, settling in front of the P-8 at a very close distance. At that moment, it then released a bundle of chaff which contains small pieces of aluminium, some of which were ingested into the engine of the P-8 aircraft. Quite obviously, this is very dangerous."But this is not the first time when the Chinese plan showed unprofessional behaviour. Last week, Canada accused Chinese air force pilots of unprofessional and risky behaviour during encounters with Canadian planes in international airspace, while Ottawa was enforcing UN sanctions against North Korea, reportedly in the East China Sea, Taipei times reported.

Donald Rothwell, a professor of international law at Australian National University, over this incident said, "The P-8 could have been flying adjacent to a Chinese claimed artificial island over which Australia does not recognize any Chinese entitlement to a territorial sea and, as such, the freedom of overflight would apply. China would counter by saying this is an area where they can assert a legitimate territorial sea and Australian aircraft cannot enter. So the matter could be a simple issue of an Australian versus a Chinese interpretation of the relevant airspace."Meanwhile, Euan Graham, a maritime security expert at the International Institute for Strategic Studies in Singapore thinks that China might be testing the resolve of US allies. He further said that Beijing was "making life difficult for unarmed surveillance aircraft both from Canada and Australia" but was "not reacting in the same way to US aircraft when they are doing their surveillance operations."Graham further said the actions sent "a very clear message that China doesn't want foreign militaries operating on, under or above the waters around its coastline, especially the waters that it claims sovereignty over in the South China Sea."According to the publication, that was consistent with Beijing's long-term strategy to weaken the US alliance system.

Over this incident, the Chinese Foreign Affairs Minister on Monday evening said that Beijing would not allow any country to violate China's sovereignty and security, and harm peace and stability in the South China Sea by using "freedom of navigation" as an excuse.

A separate editorial cited "data" stated, "that from February 24 to March 11, Australian military aircraft have visited the East China Sea north of the island of Taiwan six times this year to conduct close-in reconnaissance activities."Even the Chinese-state-run 'Global Times' editorial section said, "No one can act as Washington's 'goon' while making a fortune from China." (ANI)