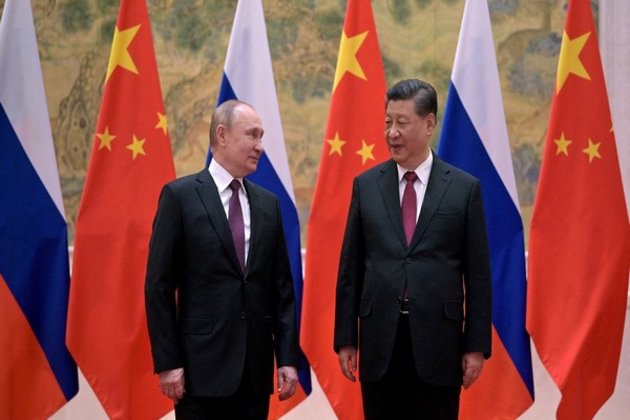 Beijing [China], May 31 (ANI): Taking advantage of the Russia-Ukraine war, China has been conducting military drills on its far north-eastern border, raising expert concerns that Beijing could be considering a push into Russian territory.

Anthony Klan, writing in The Klaxon - an investigative Australian newspaper said that it has obtained images and details of China's airforce and army conducting secretive exercises in the Russian border areas along the Ussuri River, near Russia's sparsely populated Khabarovsk and Ussuriysk regions, in February and March this year.

The activities are considered unusual because the only border China shares in the region are with Russia.

"Beijing secretly began its airforce and armoured unit drills from February, near Russian borders, in the name of routine exercises," said one senior intelligence source.

Intelligence sources said China's military activities along the Ussuri River had gone unnoticed with the global spotlight focused on Russia's Ukraine invasion and on China's movements in the Taiwan Strait, reported The Klaxon.

China and Russia have a history of tension in the region. In March 1969, China surprised Moscow by ambushing the remote Damansky Island in a bloody attack which saw 31 Soviet border guards killed and brought the two powers to the brink of an all-out war.

The tiny island, known as Damansky in Russian and Zhenbao Dao in Chinese, sits in the middle of the Ussuri River, which itself marks the China-Russia border in the Far East.

The deadly ambush remains a sore point with many Russians. Any move by China into Russian territory would send shockwaves around the world, said Klan.

China has publicly expressed support for Russia, but experts note Beijing has territorial disputes with almost all of its neighbours, making an advance on Russia far from out of question.

"China appears to be way too prepared for the ongoing war situation," said one security expert.

"The far eastern territory of Russia including the areas of Khabarovsk and Ussuriysk are already remote and Russians have hardly enough military presence to secure these areas, especially if China attempts to venture out". (ANI)