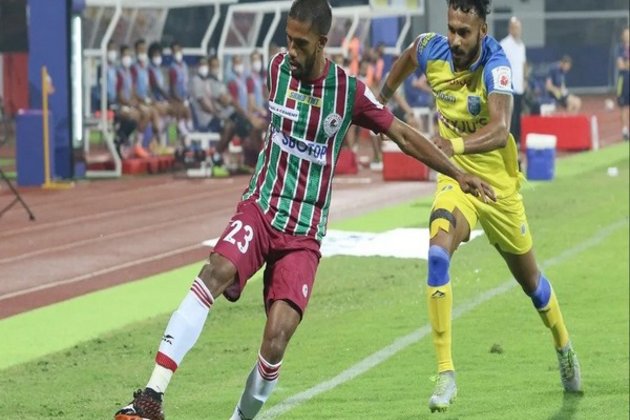 Panaji (Goa) [India], May 29 (ANI): Odisha FC have roped in Indian winger Michael Soosairaj on a two-year deal in the build-up to the 2022-23 Indian Super League (ISL) season.

The footballer was a part of the ATK Mohun Bagan setup last season, having made five appearances.

Making his senior debut for Chennai City FC in the 2016-17 I-League, Soosairaj was an instant hit, establishing himself as a regular in the playing XI.

Following two memorable seasons with the Chennai-based club, the winger was roped in by ISL side Jamshedpur FC for the 2018-19 season. He played 14 matches, scored four goals and helped the Men of Steel finish at the fifth spot in the league table.

ATK showed keen interest in the footballer and secured his services for the 2019-20 ISL season. Having played 20 matches under Antonio Lopez Habas, the speedy footballer guided his team to their third championship win. It was also in 2019 that he made his International debut, against Curacao, during the King's Cup.

Soosairaj was subsequently inducted into the ATK Mohun Bagan setup, but suffered an injury in the campaign opener and was sidelined for the rest of the season. Although he was available for the Mariners next term, Soosairaj lacked game time, having played less than 30 minutes in the 2021-22.

Having signed over the dotted line for Odisha FC, Soosairaj will stay at the club till 2024. (ANI)