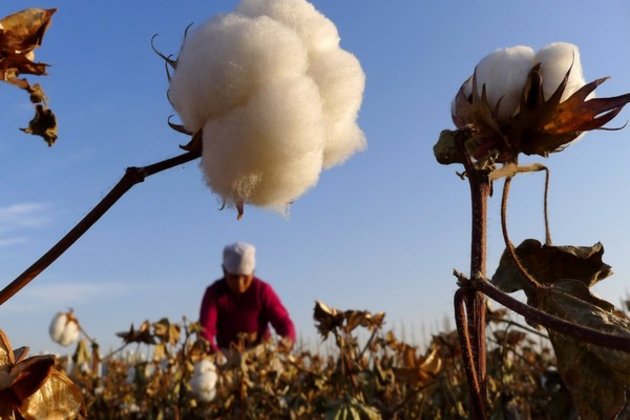 Beijing [China], May 29 (ANI): The release of Xinjiang Police Files, which shows the extent and extremely repressive nature of China's mass internment policies in East Turkistan, has made the companies that source cotton from the region in China rethink their supply chains.

Cotton Xinjiang is widely used in the global garment industry. As of last fall, 16 per cent of cotton clothes on store shelves in the United States had fibre from Xinjiang, The New York Times reported citing a survey by Oritain, a company that does forensic testing to determine the origin of raw materials.

The regulation soon to go into effect in the United States will allow customs officers to seize shipments of any goods that are made in Xinjiang unless companies can prove their supply chains are not tainted with forced labour, the New York Times reported.

The new rule called the Uyghur Forced Labour Prevention Act, and the inability of companies to determine what is happening in their supply chains are unravelling decades of the clothing industry's expansion in China.

But this has left the international brands in a dilemma. It is difficult for them to decide whether to leave Xinjiang or not. The reputational risk and legal costs from the West that they could incur by staying are huge, yet brands face large commercial losses in China if they leave, the New York Times reported.

With the rising costs of both cotton and shipping and increasing competition, there is also the challenge of finding new partners.

Speaking out about Xinjiang can unleash fury from nationalistic Chinese consumers, like calls for boycotts and accusations of companies being complicit with Western governments in trying to keep China down. That anger has translated into lost sales totalling hundreds of millions of dollars for companies like HM and Nike, the New York Times reported.

With this fear, many brands who have spoken against forced labour in the past chose not to comment on this issue.

This comes after China's repression of the Uyghur people came into the limelight when the policy documents with the detailed systematic abuse in Xinjiang were released.

Meanwhile, the United Nations High Commissioner for Human Rights, Michelle Bachelet recently visited Xinjiang during her six-day visit to China from May 23-28.

Her visit attracted widespread criticism after she said this trip was "not an investigation" but insisted she spoke with "candour" during her meetings with Chinese officials.

The World Uyghur Congress group said that Bachelet has wasted a historic opportunity to investigate the Uyghur genocide and deliver justice to the Uyghur people.

Human rights groups said this visit has turned out to be a "propaganda opportunity" for China to whitewash its crimes against humanity and genocide against the Uyghur people.

Prior to Bachelet's China visit, the Human Rights Watch (HRW) and 59 other groups had urged High Commissioner Michelle Bachelet to take steps to prevent the Chinese government from manipulating the visit.

Chinese Vice Foreign Minister Ma Zhaoxu on Saturday said,"As for human rights protection, no one can claim perfection. China will follow the human rights development path that suits its natl conditions, and advocates shared values of humanity, including peace, development, equity, justice, democracy and freedom."The United States also criticised Beijing's efforts to restrict and manipulate the visit of UN High Commissioner for Human Rights Michelle Bachelet and her team to China that "did not enable a complete and independent assessment of the human rights environment" in the country, including in Xinjiang, where "genocide and crimes against humanity are ongoing". (ANI)