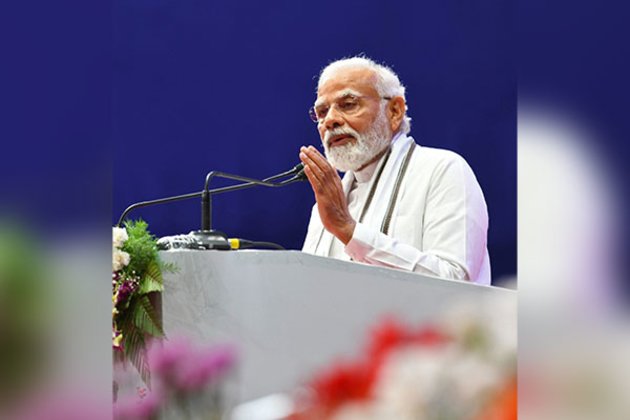 New Delhi [India], May 29 (ANI): Taking note of litter on the Char Dham Yatra route, Prime Minister Narendra Modi on Sunday in his monthly radio broadcast 'Mann Ki Baat' expressed concern over garbage dumps in the Kedarnath Temple areas and urged the people to ensure that the surroundings are kept clean.

"The holy pilgrimage of Char Dham in Uttarakhand is currently underway. Thousands of devotees are taking part in Char Dham Yatra and especially going to the Kedarnath Temple. But, I have also seen that some devotees were disappointed after they came across filth on route to Kedarnath. Going on a holy pilgrimage and coming across a heap of filth is not right,' said PM Modi while also mentioning that some pilgrims have also been cleaning the nearby areas where they have been staying during the Yatra.

"Just as pilgrimage is important, 'teertha sewa' is also crucial. I would also say that without 'teertha sewa', a pilgrimage is also incomplete. There are many people in Devbhoomi Uttarakhand who are engaged in the 'sadhana' of cleanliness and service," he said.

PM Modi lauded the efforts of Manoj Bainjwal, hailing from Rudra Prayag, who for the last 25 years has taken it upon himself to look after the environment.

"Apart from running the campaign for cleanliness, he is also engaged in making holy places plastic-free. Surendra Bagwadi, hailing from Guptkashi, has also made cleanliness his life mantra. In Guptkashi, he regularly runs cleanliness programmes, and, I have learned that he has also named this campaign as 'Mann Ki Baat'," said the Prime Minister.

PM Modi also mentioned Champa Devi from village Devar, who has been teaching waste management to women of the village.

"Champa Devi has planted hundreds of trees and through sheer hard work she has created a forest full of greenery," added PM Modi.

"Wherever we go, let us maintain the dignity of these pilgrimage sites. Purity, cleanliness and a pious environment... we should never forget these and for that, it is imperative that we abide by the resolution of cleanliness. A few days later, the world will celebrate the 5th of June as 'Environment Day'. We should run positive environment campaigns around us and this is a never-ending task. This time, you should join everyone together - you should certainly make some effort for cleanliness and tree plantation. Plant a tree yourself and inspire others too," added PM Modi.

Char Dham Yatra began with the opening of Gangotri and Yamunotri portals for devotees on May 3, on the occasion of Akshay Tritiya. While Kedarnath re-opened on May 6, the doors of Badrinath opened on May 8. (ANI)