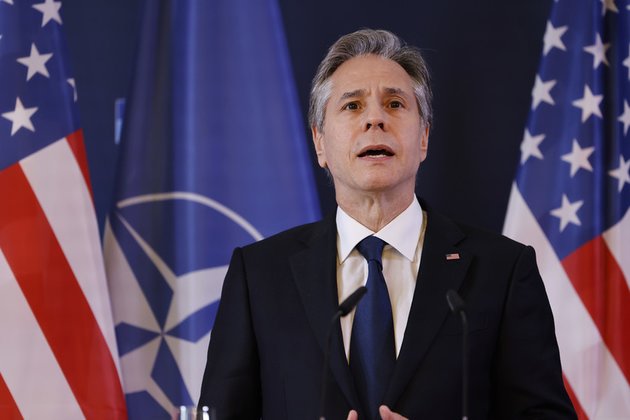 The dedicated team will coordinate policy to counter Beijing

US Secretary of State Antony Blinken has announced the launch of a new 'China House' within the State Department, made up of a team of diplomats focused on coordinating policy to confront Beijing. The diplomat unveiled the line-up during a Thursday speech at George Washington University.

"The scale and scope of the challenge posed by the People's Republic of China will test American diplomacy like nothing we've seen before," Blinken stated. "I'm determined to give our Department and our diplomats the tools they need to meet this challenge head on, as part of my modernization agenda," he said, describing the new body as a "department-wide integrated team" that will work with Congress where needed.

The State Department chief insisted the directional shift, aimed at recentering China in the US' foreign policy crosshairs even as Washington shovels billions of dollars into the conflict in Ukraine, is not about ramping up tensions with China.

"We aren't looking for conflict or a new Cold War. To the contrary, we're determined to avoid both," Blinken said.

Instead, the US' strategy is to "invest, align, compete" with what Blinken called "arguably the most important relationship that we have in the world going forward." He also called China "the most serious long-term challenge to the international order."

"We will invest in the foundations of our strength at home - our competitiveness, innovation, and democracy. We will align our efforts with our network of allies and partners, acting with common purpose and in common cause. And harnessing those two key assets, we will compete with China to defend our interests and build our vision for the future," the chief diplomat said.

While the Biden administration has doubled down on its 'one China policy', warning Beijing against any actions that might be perceived as impinging on Taipei's independence, Blinken insisted that Washington's approach had not changed - instead, it was "Beijing's growing coercion" and "increasingly provocative rhetoric and activity" that was destabilizing the region.

READ MORE: ?Up to Ukraine? to decide on attacking Russia, says US

The US remains "committed to intense diplomacy alongside intense competition," Blinken said, insisting that "we can't let the disagreements that divide us stop us from moving forward on the priorities that demand that we work together for the good of our people and the good of the world."

Blinken was originally intended to deliver the address in early May before he was diagnosed with Covid-19. Instead, his speech followed President Joe Biden's four-day trip to Asia, in which the commander-in-chief visited South Korea and Japan.