China sends 'solemn warning to US 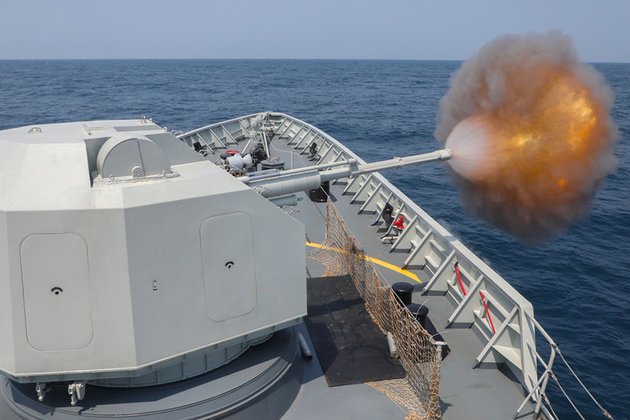 Military drills near Taiwan are meant as a message to Washington, Beijing says

China has recently conducted a series of military drills near Taiwan to demonstrate to the US its determination regarding the self-governing island, a military spokesman said on Wednesday.

The Eastern Theater Command of the Chinese People's Liberation Army held combat readiness exercises and other training operations in the sea and airspace around Taiwan, Colonel Shi Yi, a spokesman for the military command, reported.

He said the drills were a "solemn warning" directed at the US regarding the issue of Taiwan's proposed independence. Chinese troops are "determined and capable of thwarting any interference by external forces and attempted separatism" in Taiwan, the official added.

The island was the last stronghold of nationalist forces during the Chinese Civil War, and has had its own government that does not answer to Beijing ever since. The Chinese government considers Taiwan to be under its sovereignty.

The US has supported the island's autonomy but adopted a 'strategic ambiguity' stance as part of its rapprochement with Beijing in the 1970s. For decades, Washington has been committed to helping Taiwan defend itself from a hypothetical attack, but has not explicitly promised to use its own military to do so.

President Joe Biden appeared to depart from this stance during a press conference in Tokyo on Monday, when he said the US would use force to defend Taiwan, when asked by a journalist. As has been the case with a number of recent statements he has made on various issues, his administration walked back the president's remarks and said the US still maintains strategic ambiguity on Taiwan.

Beijing criticized the statement, which it perceived as another instance of US meddling. Over the years, Washington has ramped up its support of Taiwan with the sale of advanced weapons to its military, the signing of agreements that China sees as a form of recognition, as well as other steps.

US House Speaker Nancy Pelosi reportedly wanted to make a formal visit to Taiwan in April, but the plans were reportedly scrapped after she tested positive for Covid-19.

Both Washington and Beijing regularly conduct military missions near Taiwan.