Ukraine a cautionary tale for a China eyeing Taiwan 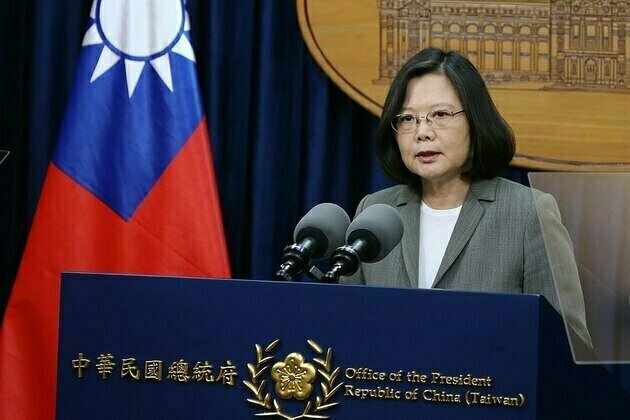 China has long wondered how the world might react to a conflict in Taiwan. The invasion of Ukraine has given them good insight.

China is watching, listening and learning to the world's response to Russia's invasion of Ukraine. The blanket refusal of the United States to deploy combat troops in Ukraine is not lost on Beijing, whose leaders have long been deterred from using force to achieve full unification with Taiwan out of fear of US intervention.

While the willingness of the US to defend Taiwan is an open question, Beijing also understands that it cannot discount the lessons from Russia's faltering war effort.

At the very least, the stalled Russian offensive reveals to China that the costs of attempting to fulfil its goals in Taiwan are likely to be intolerably high, even without a direct military conflict with the United States.

Russia's failure to take Kyiv reportedly left Chinese officials, who have traditionally admired Moscow's military capabilities, "surprised and unsettled". Russian forces underestimated the ferocity of Ukraine's resistance - a mistake that Beijing would be wise to avoid making in a war with Taiwan.

At the same time, the Ukraine crisis has emphasised to Taiwan the importance of boosting its civil defence, and has prompted its leaders to consider extending the amount of time that citizens are required to serve in the military. The US has encouraged Taiwan to acquire more mobile weapons for its military that would better enable it to carry out asymmetric warfare if faced with an all-out assault by Beijing.

Such efforts would further complicate a Chinese invasion. While a surprise blitzkrieg attack could blunt Taiwan's ability to mount a Ukraine-style resistance, Chinese forces would face the additional obstacle of launching a difficult, full-scale amphibious invasion of the island nation of Taiwan. All of this compounds the difficulty of achieving forceful reunification for China, which, unlike Russia, has not fought a war in over four decades.

China's leaders also have reason to be unnerved by the breadth and speed of the financial and economic sanctions levied against Moscow. Of note, the joint effort to sanction Russia included several Asian countries including Japan, South Korea, and Singapore, which have sought to signal their opposition to the invasion of a weaker country by a more powerful neighbour.

While China's economy is much larger than Russia's, it will not necessarily be more resilient to international sanctions. China is far more integrated into the world economy and international community than Russia. The Chinese Communist Party has staked its legitimacy on continued economic growth and prosperity, and is likely to be far more sensitive than Russia to economic disruptions.

The Ukraine crisis has understandably led China to double down on its quest for self-reliance. But Beijing's ability to insulate the economy from a hostile foreign environment is riding on strong domestic demand, which its "zero-COVID" policy, looming real estate crisis, high debt, and ageing population could undermine.

At the same time, Ukraine has been the recipient of a torrent of military assistance from the US, most European countries, Australia, Canada, Japan, and South Korea. While this international assistance has not included direct military intervention, it has undeniably added to Moscow's troubles on the battlefield.

Ukraine now has access to a steady supply of military equipment that will help it withstand a war of attrition against its much larger and conventionally more powerful neighbour. Intelligence shared by the United States has also proven critical - it handicapped Russia's invasion by eliminating the element of surprise and has reportedly enabled Ukrainian forces to take out numerous Russian targets.

China should expect assistance to Taiwan by the US and its allies to be just as (if not much more) robust. And while the US has been careful to avoid coming into direct conflict with nuclear-armed Russia, China has little reason to doubt the commitment of the US to defending Taiwan. US-Taiwan ties may be unofficial, but as the Ukraine crisis has amplified Taiwan's profile, the relationship has only continued to strengthen. A recent Congressional visit to Taiwan, led by the chairman of the US Senate Foreign Relations Committee Bob Menendez, reflects the political will that exists in Washington to support the island's democracy.

But Russia's invasion of Ukraine, and the refusal of partners like the US to put boots on the ground, has prompted concerns about the future of Taiwan, a fellow democracy that is also the target of irredentist claims by a nuclear-armed autocratic neighbour.

These concerns have prompted calls, including by former Japanese Prime Minister Shinzo Abe, for the US to make clear that it will defend Taiwan against a Chinese invasion. Yet even absent a clear commitment, Russia's failure to achieve a quick and decisive victory in Ukraine, combined with the devastation to Russia's economy from wide-ranging international sanctions, may serve to deter China from mounting an invasion anytime soon.

Kacie Miura is an Assistant Professor at the University of San Diego. She is also a US-Korea NextGen scholar and a recent China Fellow at the Wilson Center.

Prof Miura declared no conflicts of interest in relation to the article.

The post Ukraine a cautionary tale for a China eyeing Taiwan appeared first on 360.