China hits back at US over Taiwan 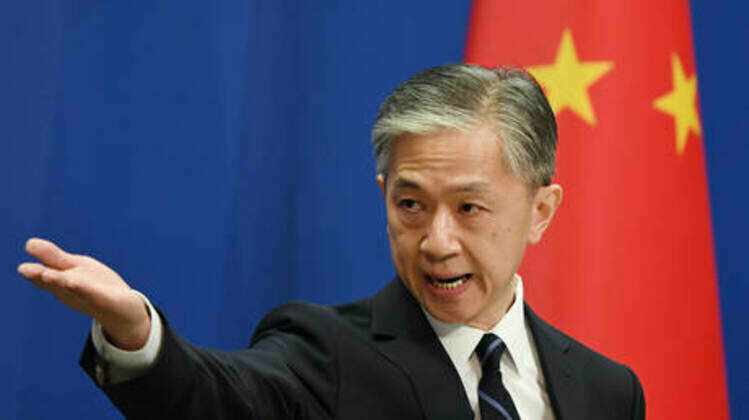 Beijing warned on Monday it would take all necessary measures to defend its territorial integrity, and urged Washington not to "underestimate" the resolve of the Chinese people.

The rebuke came hours after US President Joe Biden vowed to use military force to defend Taiwan if necessary. China considers Taiwan an inalienable part if its territory.

"The Taiwan issue is a purely internal affair for China," Foreign Ministry Spokesman Wang Wenbin told reporters, adding: "on issues touching on China's core interests of sovereignty and territorial integrity, China has no room for compromise or concession."

China has asked the US to "earnestly abide" by the "One China" policy, under which the US and other nations recognize that there is only one China, led by Beijing. The Chinese government will take "resolute actions" to protect its sovereignty and security interests, the ministry spokesman said.

"No one should underestimate the firm resolve, staunch will and strong ability of the Chinese people in defending national sovereignty," he added.

Earlier on Monday, Joe Biden said Washington could intervene militarily in case of a conflict between China and Taiwan, calling it America's "commitment." The president insisted that the US abides by the 'One China' policy but that Beijing has "no jurisdiction" that would allow it to "go in" and use force against Taiwan. Biden also criticized China's increasingly assertive stance on Taiwan by accusing Beijing of "flirting with danger."

Taiwan has repeatedly accused China of violating its defense zones with military aircraft and warships. Beijing has regularly flexed its military muscles near the island, buzzing it with large aircraft units and sending in military vessels.

The US does not have formal diplomatic ties with Taiwan but enjoys close military cooperation with the island, an issue that's long been a thorn in the side of US-China relations.

Monday marks the first time in about a century that a US president's first official trip to Asia does not include a visit to China.

Taiwan has been self-governed since 1949, when the remnants of the nationalist government fled the mainland after their defeat in the civil war, but never formally declared independence from China.