Tundra clinch Group A, Liquid tied atop Group B at ESL One Stockholm 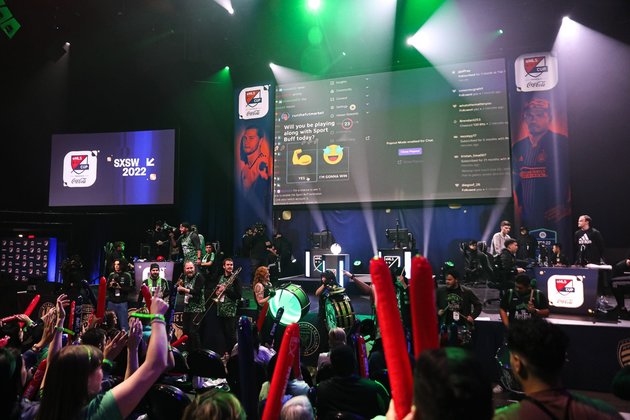 While Tundra Esports clinched the top spot of Group A Saturday, Team Liquid pulled even with Team Spirit in leading Group B with one day remaining in Group Stage action at ESL One Stockholm in Sweden.

Tundra kept up their hot play in the event, recording a pair of 2-0 sweeps Saturday by defeatingboth beastcoast and BOOM Esports to remain unbeaten with four wins and a tie.

After a 2-0 loss to TSM to begin their day, Liquid pulled off its own 2-0 victory over Spirit -- whose 1-1 draw with TSM earlier in the day opened the door for a first-place tie atop the group.

Both Liquid and Spirit have three wins against two defeats and a tie heading into Sunday.

Fourteen teams from around the world entered the season's first major (prior to Mind Games' disqualification), beginning in two groups of seven in a round-robin Group Stage. All Group Stage matches are best-of-two. The top four teams in each group will qualify for the upper bracket of the playoffs and the fifth- and sixth-place teams will start in the lower bracket.

After the Group Stage concludes Sunday, the playoffs will begin Monday with best-of-three matches until the best-of-five Grand Final on May 22. The winning team will earn a $200,000 grand prize.

Dota Pro Circuit previously removed Mind Games from the competition due to ongoing travel visa issues for multiple team members. Every team in Group B, including Spirit, received a tally in the win column.

TSM put the heat on Liquid first with a win on red that took just under an hour to complete. TSM then won the second map in 39 minutes on green for the match win.

After Spirit first grabbed an automatic win because of Mind Games' disqualification, Liquid pulled off the sweep by taking consecutive maps on red, first in 41 minutes and the latter in 32 minutes.

Also in Group A, BetBoom Team picked up two wins to move into second place -- winning 2-0 over Evil Geniuses via 32- and 37-minute wins on green and beating T1 twice on red, winning in 33 and 42 minutes, respectively.

In other Group B matches, Fnatic and Thunder Awaken competed to a 1-1 stalemate -- with Fnatic winning on red in 22 minutes before a 36-minute triumph on green for Thunder.

Thunder drew again Saturday against Gaimin Gladiators, with a 46-minute map win for the Gladiators on green followed by a Thunder 27-minute victory, also on green.

Fnatic was also credited with a win against the DQ'ed Mind Games team.

The Group Stage concludes Sunday with five matches -- not including a scheduled Team Liquid-Mind Games matchup, which will count as a win for Liquid:

T1 vs. Tundra Esports (Group A)

Evil Geniuses vs. beastcoast (Group A)

OG vs. BetBoom Team (Group A)

Fnatic vs. Gaimin Gladiators (Group B)

Thunder Awaken vs. TSM (Group B)