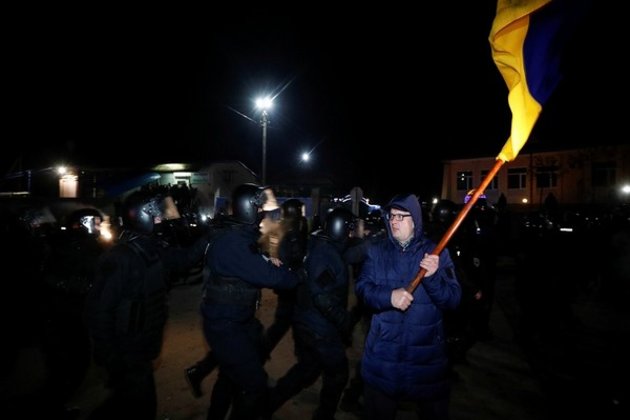 Kyiv [Ukraine], January 7 (ANI): China's multifaceted interests in Ukraine which include its strategic geographic location, inheritance of high-end Soviet defence systems and technology have led to the increased influence of Beijing in Kyiv.

Di Valerio Fabbri, writing in Geopolitica.info said that Beijing views Ukraine as an important logistic transit hub in its Belt and Road Initiative (BRI) to link China with EU markets.

Ukraine-China relations have gone through a roller-coaster ride in the recent past, ranging from appeasing statements of political leaders to vexing China by sanctions against Chinese individuals and entities, aided by anti-China protests staged by the Ukrainian public.

It all started when China's Skyrizon Aircraft Holdings surreptitiously tried to acquire a majority stake in the Ukrainian aviation firm Motor Sich in 2016 through a number of offshore companies that were later quashed by Ukrainian authorities in 2017.

The matter escalated to such an extent that Ukrainian President Volodymyr Zelensky signed in late January 2021 a decree to impose sanctions for three years on several Chinese companies and their associates for adopting illegal acts to acquire controlling stake/shares of Motor Sich, reported Geopolitica.info.

Moreover, Beijing's vaccine diplomacy in Ukraine was a lacklustre affair despite the supply of medical equipment and medicines. Protestors in the Ukrainian town of Novi Sanzhary staged on February 19, 2020, a protest against the quarantine of Chinese nationals evacuated from Wuhan in city hospitals.

A general distrust of China within a section of Ukrainian society over China's dubious intentions and expansionist mindset is also a major concern for the Chinese policymakers as anti-China sentiments are prevalent on Ukrainian territory, said Fabbri.

The latest example of rising distrust towards China is the protest held on December 3, 2021, by a group of around 50 individuals belonging to various patriotic organisations outside the Chinese Embassy in Kyiv against China's economic expansion efforts in Ukraine as well as against China's oppressive policy against Taiwan. The protestors also demanded the opening of the Taiwanese Representative Office in Ukraine.

It may be recalled that the involvement of Ukrainian nationals in the Hong Kong protests and support from Ukrainian NGOs to the Taiwanese cause had become a headache for the Chinese government.

Meanwhile, China has adopted the policy of "carrot and stick" with Ukraine by showering the latter with the promises worth billions of dollars of investment in infrastructure projects on one side and threatening to withhold the same on the other, said Fabbri.

China is also trying to arm-twist Ukraine, to toe the Chinese line. The testimony of China's "pressure tactic" and "blackmailing" against Ukraine came to light when Ukraine withdrew (June 24, 2021) from a statement on the human rights situation in Xinjiang at the UN Human Rights Council in Geneva.

Though the Ukrainian Foreign Ministry did not clarify the backtracking, it transpired that Ukraine had done so at China's behest, which had threatened to stop the supply of COVID-19 vaccines, already ordered by Ukraine, reported Geopolitica.info.

China continues to take steps that directly or indirectly threaten Ukraine's interests. Some of the examples are as follows -Holding of the exhibition "Crimea-China: let's get acquainted" by Russia in China in December 2021; China's condemnation (November 24, 2021) of US sanctions against Nord Stream 2 pipeline project despite Ukraine's opposition to the Nord Stream 2 project.

The rhetoric of the Chinese state media towards small countries, whose stand contradicts Beijing's position is quite revealing.

In particular, after the recent opening of Taiwan's Representative Office in Lithuania, the Chinese state-run English-language media Global Times published articles warning that Lithuania would pay a price for its actions that challenge China's sovereignty, said Fabbri. (ANI)