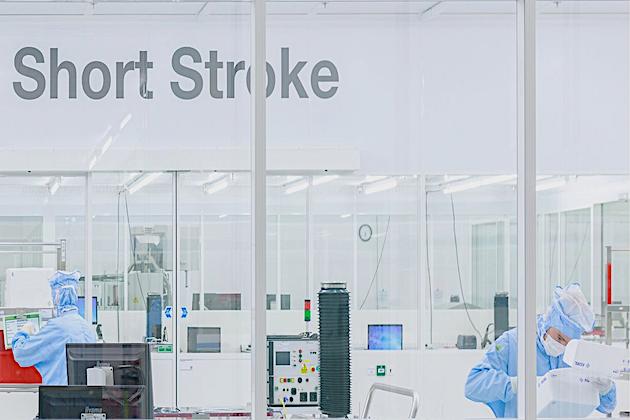 BEIJING, China: The spread of Covid and lockdown requirements in the Chinese city of Xi'an is threatening to slow the output of critically needed microprocessing chips.

A warning has been issued by two of the largest chip makers, Samsung and Micron. Company officials said they have had to adjust operations, as Xi'an suffers from one of China's worst outbreaks of the pandemic. The government has carried out sweeping measures, on par with restrictions earlier put in place in Wuhan, the pandemic's epicenter.

Industry observers have noted that any slowdown in manufacturing microchips would further limit the supply of many electronic products, as well as new cars.

Meanwhile, Samsung announced this week that it would "temporarily adjust operations" in Xi'an. Company officials added that protecting its workers is its "top priority," and that it plans to take "all necessary measures, including leveraging our global manufacturing network, to ensure that our customers are not affected."

In Xi'an, Samsung has invested more than $10 billion and has a workforce of over 3,300 people.

Meanwhile, the Korea Economic Daily reports that Samsung's chip output in Xi'an accounts for over 40 percent of its total global production of memory chips used in smartphones, tablets and hard drives.

At the same time, American chipmaker Micron acknowledged that the lockdown in Xi'an could reduce the production of its DRAM memory chips, which are needed in the manufacturing of computers. Micron officials said they have reduced their workforce in Xi'an.

Micron noted that they are using their "global supply chain, including our subcontractor partners," to meet the demand for chips, but warned that "there may be some near-term delays as we activate our network."

"New or more stringent restrictions impacting our operations in Xi'an may be increasingly difficult to mitigate," the company said.

Xi'an, with a population of 13 million, reported 1,117 cases of Omicron infections.