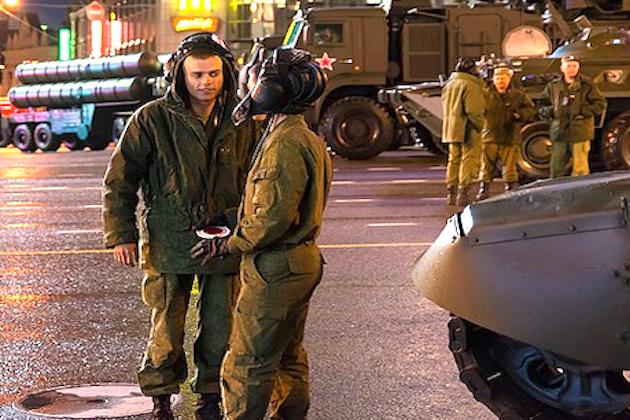 MOSCOW, Russia: Russia has asked the west for security commitments, in exchange for pulling its troops back from the border of Ukraine.

Russia published demands it wants from the United States and NATO revolving around NATO's ending its expansion of the alliance among former Soviet countries.

Russia announced that it has delivered its demands, in the forms of treaties, to the Biden administration earlier this week.

However, both the U.S. and NATO countries had earlier rejected Russian demands for a veto on the alliance's expansion.

"We will not compromise on key principles on which European security is built," an official in the administration said, speaking on the condition of anonymity.

"All countries have the right to decide their own future and their own foreign policy, free from outside interference, and that goes for Ukraine and it also goes for NATO allies and the alliance itself," the official said.

It was also noted that President Joe Biden sent the same message to Russian President Vladimir Putin during a call last week.

The Russian proposal follows its military buildup near Ukraine, where the U.S. says Russia has massed over 100,000 troops.

Since the end of the Soviet Union, Russia has voiced its objections to the ongoing expansion of NATO into its sphere of influence.

The Russian treaties call upon NATO to remove both troops or weapons from Eastern Europe countries that have joined the alliance. This includes Poland, the Baltic states and Balkan countries.

The proposed Russian treaty also prohibits the U.S. and Russia from deploying troops in areas that might threaten each countries' national security, and to no longer send aircraft and warships into areas where they could strike each other's territory.

While experts believe that the Russians understand that their demands are not realistic, they might be the beginning in reaching a compromise over longstanding Russian concerns about NATO.

"This is a bargaining position -- [the Kremlin] is trying to get some degree of partial acceptance," Andrey Kortunov, head of the Russian International Affairs Council, told The Moscow Times.

Other analysts voiced concern that Russia could use the pretext for Washington rejecting its demands to invade Ukraine.

"I don't see this as something aimed at a productive negotiation, even if some parts of this could have been discussed and considered privately," Vladimir Frolov, a former Russian diplomat, told ABC News.