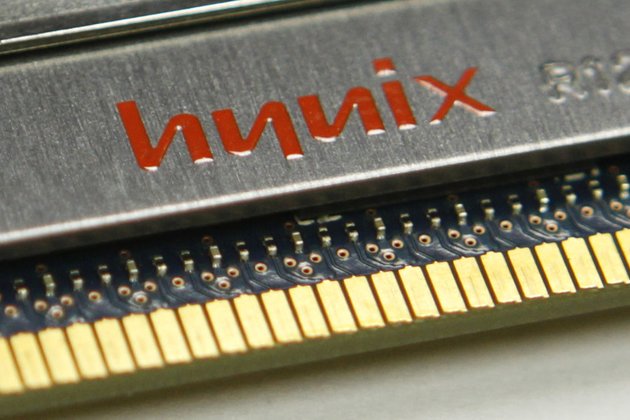 South Korea is being treated as if it's a vassal of the USA. When will Seoul find the courage to stand up to Uncle Sam's bullying and manipulation?

South Korea's industrial conglomerate SK Hynix recently announced that it was investing in an enormous semiconductor facility in China. The planned factory is a logical business choice. China is the world's largest market for semiconductors, and there are few other countries as dependent upon exports and sales to it than neighbouring South Korea.

Sounds good, right? Until a certain third-party country, to nobody's surprise, began objecting to it on the grounds that the plant would involve shipping an extreme ultraviolet lithography machine into China, something that this country does not want Beijing to get its hands on under any circumstances and has blocked the Dutch firm ASML from selling.

Now, the plans are reportedly in a state of uncertainty, albeit not formally cancelled, with SK Hynix saying it will make "wise decisions" in navigating the path between this certain country's competition against China.

It speaks to an unspoken truth: South Korea has limited sovereignty over its own semiconductor industry, which is being strategically hollowed out and effectively placed under the command and control of the United States. The SK Hynix situation is not so much an exceptional circumstance as it is the new rule. Weaponizing its monopoly over global chipmaking and semiconductor patents, the US has exerted extraterritorial jurisdiction over Seoul's world-class industry to bend it to its geopolitical ends.

In recent months, Washington has forced Samsung to commit huge investment into building a plant in Texas, blocked a Chinese takeover of another semiconductor firm called Magnachip, demanded all semiconductor firms hand over details on their customers (also targeted at China) and insisted South Korea publicly comply with all US "export controls" pertaining to China.

In view of the broader US technology war against China, the goal is obvious: to manipulate and weaponize the entire semiconductor supply chain to isolate it from China, sustaining control of all capacity in order to leverage the flow of chips so as to block China's technological advances and force concessions. But the question is, will South Korea stand up to this costly, coercive behaviour by Washington?

America's ideological and legal view of technology and 'patents' is infused with its ultra-capitalist doctrine and self-interest. The US does not see technology as a 'public good' that is for the benefit of all humanity, but first and foremost a commodity which must be owned, bought, and paid for. In other words, "This is my idea, and if you want to use it, you have to pay for it," and if anyone replicates it or invents something like it themselves, it is considered theft. This is what forms the ideological basis of the misguided, as well as racist, oft-repeated claim that China 'steals technology'.

In maintaining such a draconian monopoly over the dissemination and ownership of ideas, which as a major scientific player it has long held a global monopoly over, the US gains the geopolitical ability to leverage its technology, and uses its clout to make these claims serious.

By conditionally selling the use of its patents to friendly states, the US has built up its allies, while it has sought to deny access to them by hostile states, as it is doing now to China. In securing control of all the key patents of the semiconductor industry, the high-tech industries of South Korea, Japan, and Taiwan in effect become American appendages whose 'loan' of their technology becomes contingent on Washington's approval. This means, at any point, that the US has the power to exert control over them, and it does. When the US wanted to cut Huawei out of the global semiconductor supply chain, it weaponized its patents via the "foreign direct product rule."

Therefore, although South Korea has been more publicly hesitant than other countries in joining Washington's crusade against China, its critical reliance upon the semiconductor industry has meant that the US has the tools of forcing it to do so anyway in this domain, whether Seoul likes it or not.

In effect, it has no sovereignty over its own key industry, and limited scope in selling to its main market.

It is not the only area where the US holds extra-territorial sovereignty over the country. The South does not control its own border with the North, as the US controls the UN command. Likewise, through sanctions, the US gets to decide with which transactions the South can and cannot engage Pyongyang.

The US also still controls the 'wartime operational command' of South Korean forces in the event of a conflict. It states it will transfer this back eventually, but keeps kicking the can down the road in a bid to wait out the Moon presidency. It also forces South Korea to pay billions to host American troops in the country. Likewise, only the US gets to decide when the Korean War formally ends, not Seoul.

In this case, the row over semiconductors exhibits a less pleasant truth, albeit one that has been dormant as Seoul juggles its ability to maintain strategic balance between Washington and Beijing. America is its traditional security partner, while China is its primary economic partner. However, Washington has now decided enough is enough. It wants South Korea to take sides, and in its ambition to control the entire global semiconductor supply chain, it has exposed yet again the limits of Seoul's sovereignty. Will Koreans accept this, or stand up to it? Why should it pay economically for something that is for the unilateral benefit of Washington?

Unfortunately, with Conservative hardliner Yoon Suk Yol leading in the polls against the more moderately anti-US Lee Jae Myeong, it appears yet again Korea, the country I call home right now, is inadvertently expressing its consent to rule by Washington. If you look at other polling, its citizens have very much bought into the concept that China is 'the enemy'.

But ultimately, Korea is not sitting next to America on a map; it is sitting next to China, of course. Washington can never be the country's breadwinner. So one must wonder, are Koreans truly going to sit back and be content with a semiconductor industry they don't properly control and which is now being orientated to America's sole benefit?