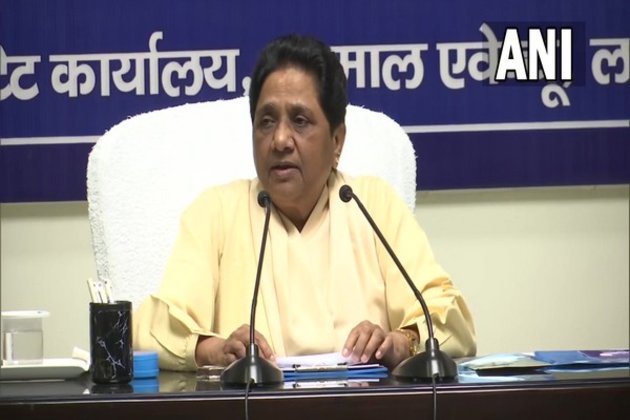 New Delhi [India], November 25 (ANI): Bahujan Samaj Party (BSP) leader Mayawati on Thursday alleged that the Congress-led government had created hurdles in proposals for Jewar airport and eight-lane expressways made during her tenure as chief minister and said the laying of the foundation stone for the international airport by the BJP government months before state polls raises questions on its "policy and intentions".

Mayawati, who made a series of tweets, said the development works proposed by her party should have started by now.

"The BSP government was giving a new dimension to development and employment in Uttar Pradesh through Taj International Airport, Aviation Hub in Jewar area of Gautam Buddha Nagar and eight-lane Ganga Expressway from Noida to Ballia but despite full preparations, the Congress government created obstacles," she said.

"The foundation stone of these ambitious projects (Noida International Aiport) has been laid almost a decade after the term of previous SP and now the BJP government, whereas such development works should have been completed by now. It is natural that there will be questions on the government's policy and intention with the foundation stone (of the airport) having been laid close to the polls," she added.

Mayawati also said that the BSP has always been in favour of the state's development.

"Whatever be the government, BSP has always been in favour of ridding Uttar Pradesh of poverty, unemployment, backwardness. The party has always favoured holistic development of the state," she said.

She alleged that courts had frowned on "attempts to acquire land without adequate compensation".