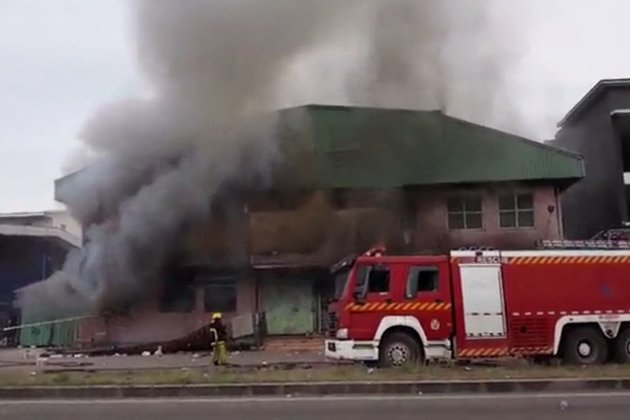 Protesters have set fire to the Solomon Islands? parliament building compound as the island nation slugs it out over relations with China.

Officers fired tear gas and rubber bullets to disperse a hundreds-strong crowd that encircled the country's legislature on Wednesday, according to media reports. Police reinforcements in riot gear eventually managed to push the protesters out of the parliament grounds, but not before they set a hut, where lawmakers go for lunch breaks, ablaze. The unrest took place while the MPs were in session.

On top of that, several other buildings in the nation's capital of Honiara have been burnt down, among them a police station and a store in the local Chinatown. An officer caught up at the police station told the Guardian newspaper law enforcement had to take cover inside when the mob began pelting them with stones, but then they "started to choke by the smoke of [the] fire. It was then that we realized that they torched the building." Police made several arrests and managed to prevent a few other arson attempts, though some Chinese-owned property was still looted.

The protesters, most of whom came from Malaita province, were calling on the country's prime minister, Manasseh Sogavare, to step down over what they described as failure to listen to the region's residents' concerns.

Relations between the central government and the restive region have been strained for years. However, the Solomon Islands' government's decision to sever ties with Taiwan in favor of China in 2019 added further fuel to the fire, as Malaita region's authorities were vehemently opposed to that.

However, the conflict goes far beyond the issue of the country's relations with Beijing and Taipei, with Malaita residents and authorities alike accusing the central government of failing to provide promised infrastructure to the Solomon Islands' most populous province, whose economy still mostly relies on subsistence agriculture. Over the past few years there have been calls for the region's independence.

From 1999 till 2003, the Solomon Islands were gripped by ethnic violence that saw thousands killed, injured or forced to flee their homes. Peace was only restored when an international Regional Assistance Mission to Solomon Islands (RAMSI) led by Australia and New Zealand intervened.

Following Wednesday's unrest in the capital, the country's premier imposed a lockdown in Honiara, effective from 7pm Wednesday until 7am Friday.