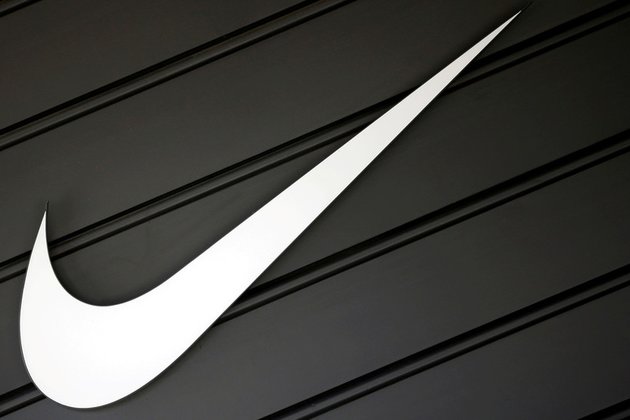 Nike is the "biggest hypocrite company in the world" and its customers carry the "blood and sweat" of slaves on products, according to an NBA ace who has also fired broadsides at basketball legends Michael Jordan and LeBron James.

Social justice warrior Enes Kanter was on characteristically forthright form when he appeared on US television at the end of a weekend in which his criticism of LeBron James over the LA Lakers talisman's shoe sales in China came into focus again.

Kanter's team, the Boston Celtics, were censored in China after he recently voiced his views on alleged human rights abuses in Tibet, and the center has previously campaigned for Taiwan and had his Turkish passport revoked after clashing with the country's president, Tayyip Erdogan.

In an appearance on CNN, Kanter had it put to him that Nike insists it does not source materials from the alleged camps in which Uyghur Muslims are reportedly held in north-west China.

The controversial Turkish-born American was also told of China's denial that the Uyghurs are being mistreated in the camps, with officials claiming that the facilities are a center against religious extremism and terrorism.

"Do we believe that?" retorted the unimpressed 29-year-old, who did not refute his interviewer's assertion that he believes Nike is complicit in what he has described as "slave labor camps".

"I do not believe that. Let me just tell you this: Nike is the biggest sponsor of the NBA, right?

"In America, Nike stands with Black Lives Matter, the Latino community, no Asian hate and LGBTQ community. But when it comes to China, Nike remains silent.

"I feel like what they are doing over there is modern-day slavery. Nike is the biggest hypocrite company, to me, in the world.

"What people need to understand is that every time you put their shoes on, you put that t-shirt on your back, there is so much blood and sweat and oppression on those items."

Basketball icon Jordan has made more than a billion dollars from his Nike deal, according to Forbes - and Kanter was not reluctant to single out the high-profile philanthropist.

Kanter was also shown footage of James producing a withering response to his critic wearing shoes bearing messages implying that he has remained silent over China's alleged human rights abuses.

"We need to call out these hypocrite players who care about money over morals and principles," responded Kanter.

"Someone had to do it. I had so many conversations with LeBron's ex-team-mates and even they told me is that all he is doing is his own PR.

"Not many people are talking about Michael Jordan. Michael Jordan hasn't done anything - nothing - for the black community in America besides just giving them money.

"I feel like we need to call out these athletes. At least Lebron James is going out there and being the voice of all those people who are oppressed in America.

"But Michael Jordan has not done anything for the black community because he cares too much about his shoe sales all over the world and America.

"I feel like we need to call out these athletes and not be scared about who they are."

Following the death of George Floyd in May 2020, Jordan pledged that his company, Jordan Brand, would donate $100 million over 10 years for "racial equality, social justice, and greater access to education."

He subsequently announced that the NAACP Legal Defense and Educational Fund and the Formerly Incarcerated, Convicted Peoples and Families Movement would each be given $1 million, with Black Voters Matter receiving $500,000.

James, who has made considerable donations to charities and pledged millions of dollars towards scholarships and education initiatives over the years, said on Sunday that Kanter is "definitely not someone I would give my energy to".

CNN's anchor predicted that "a lot of people in the black community would disagree" with some of the views Kanter had expressed, adding that the program would contact James and Jordan for their responses.