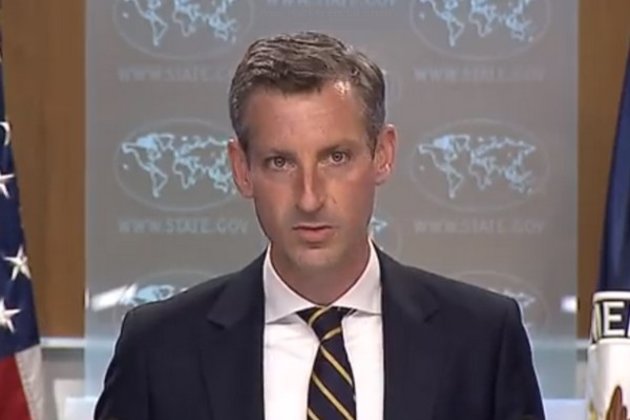 Washington [US], November 20 (ANI): The second US-Taiwan Economic Prosperity Partnership Dialogue (EPPD) will be held on Monday to strengthen trade and investment between the two countries, US State Department said.

The dialogue is conducted under the auspices of the American Institute in Taiwan (AIT) and the Taipei Economic and Cultural Representative Office (TECRO) in the US.

The inaugural EPPD took place in November 2020 under the auspices of AIT and TECRO to advance "cooperation on a broad range of economic issues and forge closer" economic and commercial ties between the US and Taiwan.

"Our partnership is built on strong two-way trade and investment, people-to-people ties, and in the common defence of freedom and shared democratic values," the release added.

It comes as a few days back US President Joe Biden and his Chinese counterpart held a virtual meeting. It was the first interaction between the two presidents since Biden has assumed office. However, before the meeting, both leaders had spoken over the phone two times. (ANI)