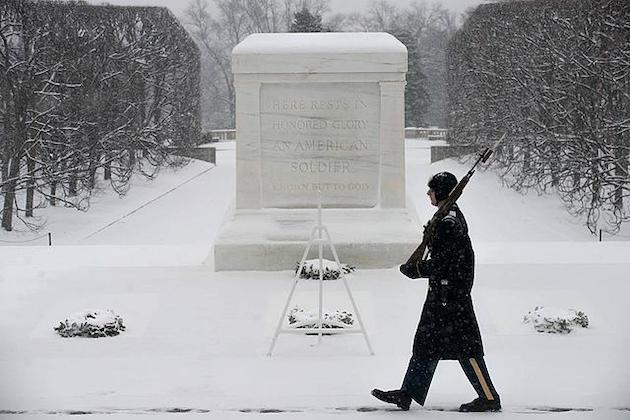 ARLINGTON, Virginia: On November 11 Veterans Day, the Tomb of the Unknown Soldier's centennial was marked by a unique ceremony at Arlington National Cemetery.

The ceremony, which included an appearance by U.S. President Joe Biden, was planned to model the original internment 100 years ago.

The ceremony, which involved standing before Medal of Honor recipients and laying a wreath at the tomb, was the single greatest honor of his being president, Biden said.

"Our veterans represent the best of America. You are the very spine of America. On Veterans Day and every day, we honor that great debt and recommit ourselves to keeping our sacred obligation as a nation," Biden told a crowd.

Biden's visit marks a century to the day when the remains of an unidentified World War I US soldier who died in France were interred in a ceremony presided over by President Warren G. Harding.

Members of Arlington National Cemetery's famous Old Guard, 3d US Infantry Regiment, were dressed and in formations, as seen in its former wars.

Also, military members from nine countries that participated in the 1921 ceremony attended.

The tomb represents all American military members who lost their lives, yet whose names remain unknown.

Over the past two days, a flower ceremony brought long lines of people to lay flowers at the tomb, the first time members of the public were welcomed to the tomb in almost 100 years.