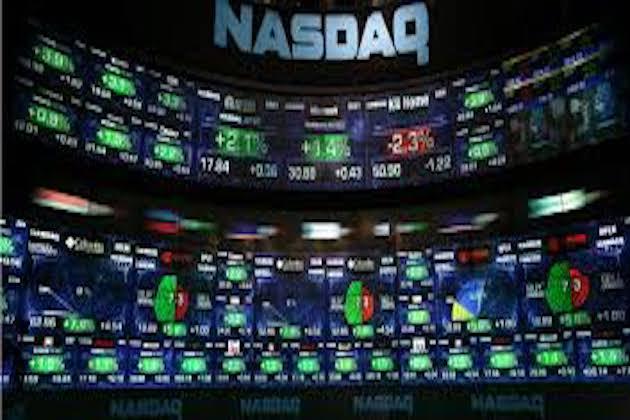 SYDNEY, NSW, Australia - U.S. stocks were on the move higher again on Wednesday with the Dow Jones, Standard and Poor's 500, and Nasdaq Composite all closing at new record highs.

The U.S. Federal Reserve, at its monthly monetary policy meeting, left interest rates unchanged as expected, but disclosed it would start trimming its bond-buying program by $15 billion a month.

The central bank confirmed it was aiming for inflation a little above 2 percent while targeting full employment at 2 percent.

"With progress on vaccinations and strong policy support, indicators of economic activity and employment have continued to strengthen. The sectors most adversely affected by the pandemic have improved in recent months, but the summer's rise in COVID-19 cases has slowed their recovery. Inflation is elevated, largely reflecting factors that are expected to be transitory," the Fed said in a statement released after its meeting on Wednesday. "Supply and demand imbalances related to the pandemic and the reopening of the economy have contributed to sizable price increases in some sectors. Overall financial conditions remain accommodative, in part reflecting policy measures to support the economy and the flow of credit to U.S. households and businesses."

The Federal Reserve said the path of the economy continues to depend on the course of the virus. It noted that progress on vaccinations and an easing of supply constraints is expected to support continued gains in economic activity and employment as well as a reduction in inflation. Risks to the economic outlook remain, however the bank said.

"The Fed did not rock the boat on this one," Ryan Detrick, chief market strategist at LPL Financial told Reuters Wednesday. "It was fairly well-telegraphed what the Fed might do and they did what most people expected."

The Fed's statement after it monetary policy meeting, particularly in not foreshadowing any increase to official interest rates in the next one or two years gave heart to dollar bears. The greenback fell across the board.

Approaching the NewvYork close Wednesday the euro had strengthened to 1.1606. The British pound advanced to 1.3681. The Japanese yen firmed to 113.99. The Swiss franc appreciated to 0.9111.

On Asian markets, concern about China's economy, and in particular a warning by Premier Li Keqiang that the economy faces downward pressure, kept the lid on stocks across Asia on Wednesday.

The Australian market however went against the trend with the All Ordinaries rising 66.40 points or 0.87 percent to 7,713.00.