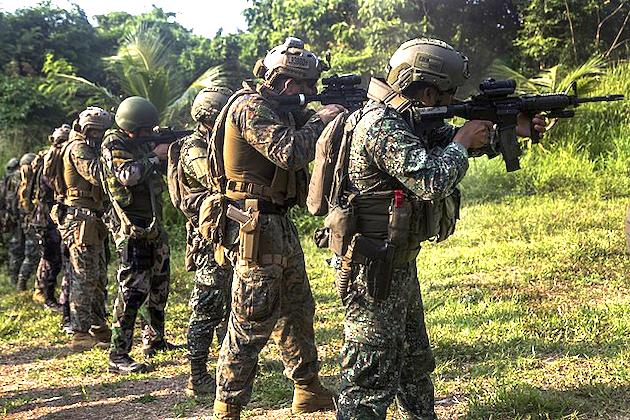 TAIPEI, Taiwan - Taiwanese President Tsai Ing-wen has disclosed that American troops are in Taiwan assisting with military training due to increasing concerns that the Chinese might invade Taiwan.

Tsai, who has ruled Taiwan since 2016, said U.S. military personnel were in Taiwan as part of a training program, as reported by CNN. She did not say how many U.S. troops were stationed in Taiwan.

Tsai's comments follow a report in the Wall Street Journal that U.S. Marines have been assisting in Taiwan for at least one year.

Word of the Marines training troops in Taiwan caused the Chinese state-backed tabloid Global Times to accuse Tsai of "pushing the mainland to decide to resolve the Taiwan question by force."

The Chinese Communists claim Taiwan as part of China's territory.

Since Tsai took office, Beijing has worked to bar Taiwan from the World Health Organization general assembly, as well as other U.N. forums, arguing that the issue of representation was resolved in 1971 when the People's Republic switched seats with Taiwan at the United Nations.

As tensions have increased, China has repeatedly sent fighter jets and bombers into Taiwan's air defense zone, drawing warnings from the United States.

During a recent speech, Tsai declared that "nobody can force Taiwan to take the path China has laid out for us."

In an interview, Tsai framed the question of protecting Taiwan as one of defending democracy. "If we fail, then that means people that believe in these values would doubt whether these are values that they [should] be fighting for," she told CNN.

And in an interview with the Washington Post, Taiwan parliament member Freddy Lim said,

"Twenty years ago, people might have thought that the Taiwan Strait issue was Taiwan's alone, but now no one thinks that way," he said. "The international problem faced now is not just military but about the spread of autocracy."