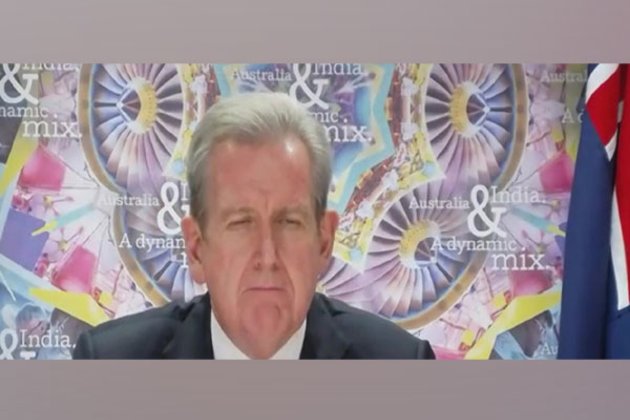 "Australian Prime Minister, our ministers for Foreign Affairs and Defence have spoken to their Indian counterparts to inform them about the decision. The decision has been taken after deep consideration," said Australian envoy to India on AUKUS agreement to equip Australia with nuclear-powered submarines.

This come after US President Joe Biden and the leaders of the other two nations launched the AUKUS pact on Wednesday that focuses on the Indo-Pacific. Experts believe it is a veiled way to confront China's growing assertiveness in the region.

Australian envoy said that this decision was taken after an assessment of the capability required to meet a more challenging strategic environment. "Nuclear powered submarines will provide Australia with the right capability," he added.

Earlier on Thursday, China had stated that the newly-formed AUKUS defence partnership threatens stability in the region and provokes an arms race.

"This proves once again that these countries are using nuclear exports as a tool for geopolitical games," the Chinese spokesperson was quoted as saying by Global Times.

In a joint statement, AUKUS nations had said Australia, the United Kingdom, and the United States are guided by enduring ideals and shared commitment to the international rules-based order. "We resolve to deepen diplomatic, security, and defence cooperation in the Indo-Pacific region, including by working with partners, to meet the challenges of the twenty-first century."US President Joe Biden, during Wednesday's announcement, maintained that the establishment of AUKUS is necessary because "we need to be able to address both the current strategic environment in the region and how it may evolve." (ANI)