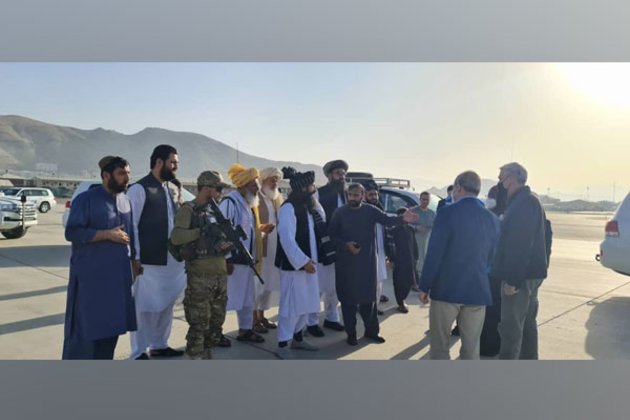 Kabul [Afghanistan], September 17 (ANI): UN High Commissioner for Refugees, Filippo Grandi, appealed for "urgent and sustained" support for Afghans inside the country and for refugees who have fled abroad.

"The humanitarian situation in Afghanistan remains desperate," said Grandi after concluding his three-day visit to Afghanistan on Wednesday.

Earlier, the UN agency had said that over 18 million Afghans required urgent humanitarian assistance even prior to the events that unfolded over the past few weeks in the country. More than 3.5 million have been displaced from their homes by conflict and remain inside the country, including some 630,000 uprooted during 2021.

"And if public services and the economy collapse, we will see even greater suffering, instability, and displacement both within and outside the country," Grandi warned.

He further said that the international community must therefore engage with Afghanistan - and quickly - in order to prevent a bigger humanitarian crisis that will have global implications.

During his visit to Kabul, Grandi met with the interim Afghan government, as well as other UN and NGO staff that have stayed on the ground and maintained operations.

"We also discussed other critical issues like ensuring that women staff can return safely to work, the importance of education for all Afghan children, and the safety and security of all Afghans, including minorities," said Grandi after his meetings with interim Afghan Ministers.

Grandi said that he encouraged the interim government to reiterate these important commitments publicly and to ensure that they are upheld in practice.

During his visit, Grandi oversaw the arrival of a convoy of trucks at a UNHCR warehouse in Kabul that had arrived from Pakistan via the Torkham border crossing, UN News reported. (ANI)