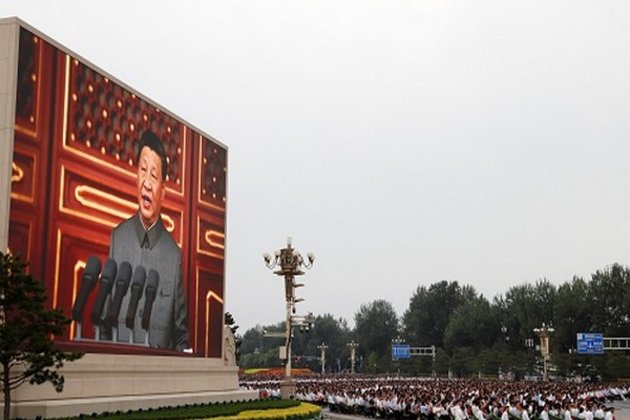 Beijing [China], July 1 (ANI): Chinese President Xi Jinping on Thursday said that China will elevate its armed forces to world-class standards with the aim to equip itself with "greater capacity" to safeguard its "national sovereignty, security, and development interests."Addressing an event in Beijing marking the centenary of the Chinese Communist Party (CCP), Xi was quoted by Xinhua as saying that "We must accelerate the modernization of national defense and the armed forces."Xi, who is chairman of the Central Military Commission and general secretary of the CPC's Central Committee, said the "people's military is a strong pillar for safeguarding the socialist country and preserving national dignity."On a bellicose note, the Chinese president added that any attempt to divide the Party from the Chinese people or to set the people against the Party is bound to fail.

"The more than 95 million Party members and the more than 1.4 billion Chinese people will never allow such a scenario to come to pass," Xi said.

He further said that resolving the Taiwan question and realizing China's complete reunification is a historic mission and an "unshakable commitment" of the CPC.

"We must take resolute action to utterly defeat any attempt toward 'Taiwan independence,' and work together to create a bright future for national rejuvenation," the Chinese President said.

China has also recently sent dozens of warplanes into Taiwan's air defense identification zone. Beijing claims full sovereignty over Taiwan, a democracy located off the southeastern coast of mainland China, even though the two sides have been governed separately for more than seven decades. (ANI)