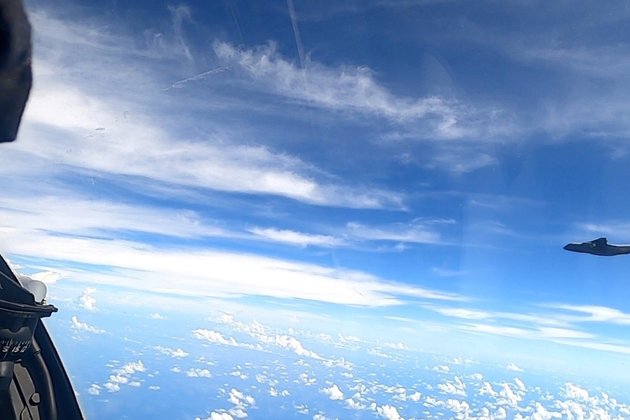 TAIPEI - Pressure from China over a festering maritime sovereignty dispute has added momentum to Malaysia's drive for a more modern air force including the purchase of 36 new aircraft, analysts believe.

Malaysia's Ministry of Defense issued a notice June 22 saying that it would accept bids for light combat aircraft and trainers for the air force. The three-month open tender for an initial 18 aircraft fits into the Malaysian Royal Air Force's broader modernization effort.

A plan dubbed Capability 55 calls for getting another 18 aircraft of the same type by 2025 plus six unmanned aerial systems to improve maritime patrols. The air force's pursuit of new hardware follows a navy modernization made public in 2017. Analysts said at the time the fleet upgrades would help monitor for Chinese vessels in the contested, resource-rich South China Sea.

Malaysia's Foreign Ministry protested earlier this month over 16 Chinese warplanes that were picked up by radar 111 kilometers off the coast of Borneo Island located in the South China Sea.

China's flyby raised the urgency of bringing aircraft up to date in Malaysia, experts in the Southeast Asian country say.

"That incident highlights the need for Malaysia to have more modern patrol aircraft, if anything," said Oh Ei Sun, senior fellow with the Singapore Institute of International Affairs. "I think in general our air force equipments are really outdated."

China's activity by itself didn't prompt the air force overhaul but can hardly be overlooked, said Shariman Lockman, senior foreign policy and security studies analyst with the Institute of Strategic and International Studies in Malaysia.

British-made Hawk aircraft in the air force today are "platforms for defending the sovereignty of our nation's air space" despite their age of 25 years at the time, chief General Tan Sri Affendi Buang said in 2019 via a Malaysia-based Sun Daily news website report.

Hawks lack the payload of more modern planes, Lockman said. The aircraft model is often used for training rather than formal missions, as well. Malaysia sent Hawks to intercept the 16 Chinese planes this month to monitor their flight path.

Malaysia entered a prolonged standoff in November with China over a disputed tract of sea, also near Borneo, known for undersea fossil fuel reserves. Malaysia is the more aggressive driller for oil and gas in waters where the standoff took place.

Beijing claims about 90% of the 3.5 million-square-kilometer South China Sea, which extends from Borneo north to Hong Kong. Brunei, Malaysia, the Philippines and Vietnam call parts of the sea their own, and Taiwan claims most of it. Claimants prize the waterway for fisheries and fossil fuel reserves.

China is the most militarily advanced of the six governments. The others resent China's landfilling of small islets in the sea over the past decade for military use and passing vessels through waters they call their own.

Beijing cites historical usage records to back its claims including in the exclusive economic zones of other states such as Malaysia.

"It appears that the biggest conventional challenge that the Malaysian military faces from now is China's growing presence in the form of an increasing number of naval and coast guard vessels and the Chinese newly built installations in the South China Sea," said Fabrizio Bozzato, senior research fellow at the Tokyo-based Sasakawa Peace Foundation's Ocean Policy Research Institute.

Malaysia's defense ministry will probably look at buying the new aircraft from Europe, India, Pakistan, Russia, South Korea and the United States, according to analysts and defense media reports.

Citizens in Malaysia may chafe at the bill, however, Lockman said. They would expect the government to keep pumping money into stimulus as COVID-19 caseloads prolong a severe lockdown. "Spending on stuff made abroad is not exactly a popular thing," he said.