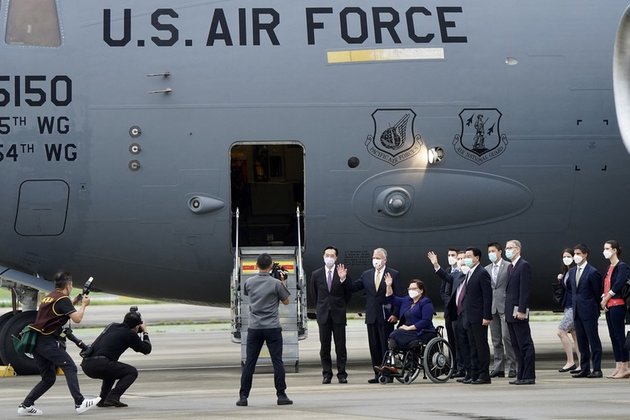 The spokesman for China's Taiwan Affairs office has fervently condemned the ?collusion? between Taiwan and foreign powers, denouncing attempts to seek Taiwan independence as meddling with ?China's status quo.?

China's Taiwan Affairs Office spokesman, Ma Xiaoguang, stated that Beijing will never accept foreign powers meddling in Taiwan and mainland China's affairs on Wednesday, adding that China "will never tolerate attempts to seek independence or wanton intervention in the Taiwan issue by foreign forces, so we need to make a strong response to these acts of collusion."

The statement was made during a regular press meeting on Taiwan issues, amid worsening relations between Washington and Beijing over the island, which China sees as an integral part of its territory.

Ma was asked by a Taiwanese reporter whether the G7's statement was related to China's decision to fly 28 jets over Taiwan on Tuesday. In response, Ma blamed Taiwan for continuing to press for independence.

On Tuesday a US Navy vessel, the USS Ronald Reagan, also cruised the South China Sea.

Ma called on the Taiwanese authorities, along with the US and its Western allies, to desist from sending the wrong signals regarding Taiwan independence, which undermines the 'One-China policy'. Instead, Ma urged these countries to honor their relations with China, handle the Taiwan issue democratically, and focus on peace in the region.

G7 leaders condemned China on June 13 for not respecting "human rights and individual freedoms," saying the situation in the South China Sea is a matter of concern for the group. China dismissed the claims, calling them "slander" and urging foreign countries not to meddle in its internal affairs as it defends its national interests, security, and sovereignty.