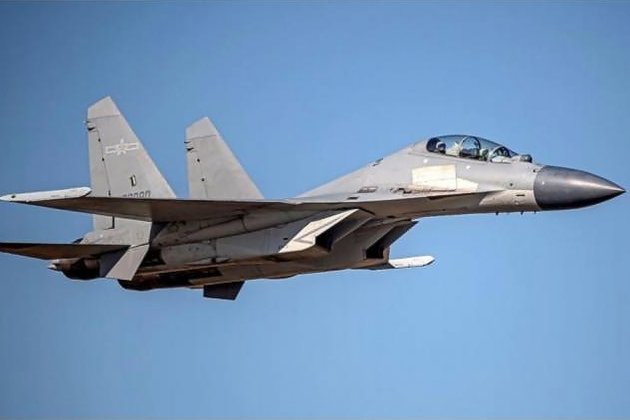 China has repeatedly deployed warplanes and naval vessels near Taiwan over the last few years as part of a pressure campaign on the self-ruled island. Beijing sent 25 warplanes into Taiwan's air defense identification zone back in April.

A Chinese government spokesman said it carried out the mission in response to a statement issued at the end of the G-7 summit Sunday calling for a peaceful resolution to cross-Taiwan Strait tensions. The spokesman accused the G-7 leaders of interfering in China's internal affairs.

Beijing considers the island as part of its territory even though it has been self-governing since the end of China's civil war in 1949, when Chiang Kai-shek's Nationalist forces were driven off the mainland by Mao Zedong's Communists. China has vowed to bring the island under its control by any means necessary, including a military takeover.

Washington officially switched formal diplomatic relations from Taipei to Beijing in 1979, but the Trump administration angered China as it increasingly embraced Taiwan, both diplomatically and militarily, after taking office in 2017 and throughout its four-year tenure.